The Hindu-Yogi Science Of Breath 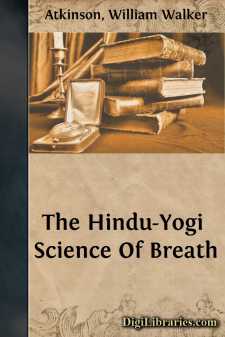 The Western student is apt to be somewhat confused in his ideas regarding the Yogis and their philosophy and practice. Travelers to India have written great tales about the hordes of fakirs, mendicants and mountebanks who infest the great roads of India and the streets of its cities, and who impudently claim the title "Yogi." The Western student is scarcely to be blamed for thinking of the typical Yogi as an emaciated, fanatical, dirty, ignorant Hindu, who either sits in a fixed posture until his body becomes ossified, or else holds his arm up in the air until it becomes stiff and withered and forever after remains in that position, or perhaps clenches his fist and holds it tight until his fingernails grow through the palms of his hands. That these people exist is true, but their claim to the title "Yogi" seems as absurd to the true Yogi as does the claim to the title "Doctor" on the part of the man who pares one's corns seem to the eminent surgeon, or as does the title of "Professor," as assumed by the street corner vendor of worm medicine, seem to the President of Harvard or Yale.

There have been for ages past in India and other Oriental countries men who devoted their time and attention to the development of Man, physically, mentally and spiritually. The experience of generations of earnest seekers has been handed down for centuries from teacher to pupil, and gradually a definite Yogi science was built up. To these investigations and teachings was finally applied the term "Yogi," from the Sanscrit word "Yug," meaning "to join." From the same source comes the English word "yoke," with a similar meaning. Its use in connection with these teachings is difficult to trace, different authorities giving different explanations, but probably the most ingenious is that which holds that it is intended as the Hindu equivalent for the idea conveyed by the English phrase, "getting into harness," or "yoking up," as the Yogi undoubtedly "gets into harness" in his work of controlling the body and mind by the Will.

Yoga is divided into several branches, ranging from that which teaches the control of the body, to that which teaches the attainment of the highest spiritual development. In the work we will not go into the higher phases of the subject, except when the "Science of Breath" touches upon the same. The "Science of Breath" touches Yoga at many points, and although chiefly concerned with the development and control of the physical, has also its psychic side, and even enters the field of spiritual development.

In India there are great schools of Yoga, comprising thousands of the leading minds of that great country. The Yoga philosophy is the rule of life for many people. The pure Yogi teachings, however, are given only to the few, the masses being satisfied with the crumbs which fall from the tables of the educated classes, the Oriental custom in this respect being opposed to that of the Western world. But Western ideas are beginning to have their effect even in the Orient, and teachings which were once given only to the few are now freely offered to any who are ready to receive them....