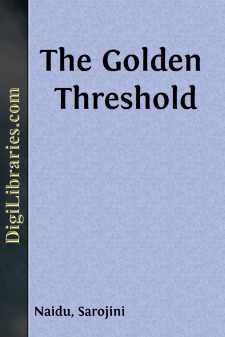 It is at my persuasion that these poems are now published. The earliest of them were read to me in London in 1896, when the writer was seventeen; the later ones were sent to me from India in 1904, when she was twenty-five; and they belong, I think, almost wholly to those two periods. As they seemed to me to have an individual beauty of their own, I thought they ought to be published. The writer hesitated. "Your letter made me very proud and very sad," she wrote. "Is it possible that I have written verses that are 'filled with beauty,' and is it possible that you really think them worthy of being given to the world? You know how high my ideal of Art is; and to me my poor casual little poems seem to be less than beautiful—I mean with that final enduring beauty that I desire." And, in another letter, she writes: "I am not a poet really. I have the vision and the desire, but not the voice. If I could write just one poem full of beauty and the spirit of greatness, I should be exultantly silent for ever; but I sing just as the birds do, and my songs are as ephemeral." It is for this bird-like quality of song, it seems to me, that they are to be valued. They hint, in a sort of delicately evasive way, at a rare temperament, the temperament of a woman of the East, finding expression through a Western language and under partly Western influences. They do not express the whole of that temperament; but they express, I think, its essence; and there is an Eastern magic in them.

Sarojini Chattopadhyay was born at Hyderabad on February 13, 1879. Her father, Dr. Aghorenath Chattopadhyay, is descended from the ancient family of Chattorajes of Bhramangram, who were noted throughout Eastern Bengal as patrons of Sanskrit learning, and for their practice of Yoga. He took his degree of Doctor of Science at the University of Edinburgh in 1877, and afterwards studied brilliantly at Bonn. On his return to India he founded the Nizam College at Hyderabad, and has since laboured incessantly, and at great personal sacrifice, in the cause of education.

Sarojini was the eldest of a large family, all of whom were taught English at an early age. "I," she writes, "was stubborn and refused to speak it. So one day when I was nine years old my father punished me—the only time I was ever punished—by shutting me in a room alone for a whole day. I came out of it a full-blown linguist. I have never spoken any other language to him, or to my mother, who always speaks to me in Hindustani. I don't think I had any special hankering to write poetry as a little child, though I was of a very fanciful and dreamy nature. My training under my father's eye was of a sternly scientific character. He was determined that I should be a great mathematician or a scientist, but the poetic instinct, which I inherited from him and also from my mother (who wrote some lovely Bengali lyrics in her youth) proved stronger. One day, when I was eleven, I was sighing over a sum in algebra: it WOULDN'T come right; but instead a whole poem came to me suddenly....