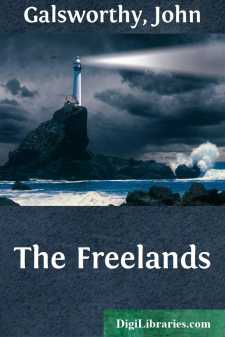 Mayday afternoon in Oxford Street, and Felix Freeland, a little late, on his way from Hampstead to his brother John's house in Porchester Gardens. Felix Freeland, author, wearing the very first gray top hat of the season. A compromise, that—like many other things in his life and works—between individuality and the accepted view of things, aestheticism and fashion, the critical sense and authority. After the meeting at John's, to discuss the doings of the family of his brother Morton Freeland—better known as Tod—he would perhaps look in on the caricatures at the English Gallery, and visit one duchess in Mayfair, concerning the George Richard Memorial. And so, not the soft felt hat which really suited authorship, nor the black top hat which obliterated personality to the point of pain, but this gray thing with narrowish black band, very suitable, in truth, to a face of a pale buff color, to a moustache of a deep buff color streaked with a few gray hairs, to a black braided coat cut away from a buff-colored waistcoat, to his neat boots—not patent leather—faintly buffed with May-day dust. Even his eyes, Freeland gray, were a little buffed over by sedentary habit, and the number of things that he was conscious of. For instance, that the people passing him were distressingly plain, both men and women; plain with the particular plainness of those quite unaware of it. It struck him forcibly, while he went along, how very queer it was that with so many plain people in the country, the population managed to keep up even as well as it did. To his wonderfully keen sense of defect, it seemed little short of marvellous. A shambling, shoddy crew, this crowd of shoppers and labor demonstrators! A conglomeration of hopelessly mediocre visages! What was to be done about it? Ah! what indeed!—since they were evidently not aware of their own dismal mediocrity. Hardly a beautiful or a vivid face, hardly a wicked one, never anything transfigured, passionate, terrible, or grand. Nothing Greek, early Italian, Elizabethan, not even beefy, beery, broad old Georgian. Something clutched-in, and squashed-out about it all—on that collective face something of the look of a man almost comfortably and warmly wrapped round by a snake at the very beginning of its squeeze. It gave Felix Freeland a sort of faint excitement and pleasure to notice this. For it was his business to notice things, and embalm them afterward in ink. And he believed that not many people noticed it, so that it contributed in his mind to his own distinction, which was precious to him. Precious, and encouraged to be so by the press, which—as he well knew—must print his name several thousand times a year. And yet, as a man of culture and of principle, how he despised that kind of fame, and theoretically believed that a man's real distinction lay in his oblivion of the world's opinion, particularly as expressed by that flighty creature, the Fourth Estate. But here again, as in the matter of the gray top hat, he had instinctively compromised, taking in press cuttings which described himself and his works, while he never failed to describe those descriptions—good, bad, and indifferent—as 'that stuff,' and their writers as 'those fellows.'

Not that it was new to him to feel that the country was in a bad way....