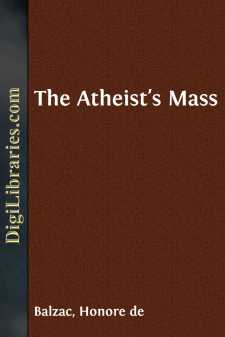 Bianchon, a physician to whom science owes a fine system of theoretical physiology, and who, while still young, made himself a celebrity in the medical school of Paris, that central luminary to which European doctors do homage, practised surgery for a long time before he took up medicine. His earliest studies were guided by one of the greatest of French surgeons, the illustrious Desplein, who flashed across science like a meteor. By the consensus even of his enemies, he took with him to the tomb an incommunicable method. Like all men of genius, he had no heirs; he carried everything in him, and carried it away with him. The glory of a surgeon is like that of an actor: they live only so long as they are alive, and their talent leaves no trace when they are gone. Actors and surgeons, like great singers too, like the executants who by their performance increase the power of music tenfold, are all the heroes of a moment.

Desplein is a case in proof of this resemblance in the destinies of such transient genius. His name, yesterday so famous, to-day almost forgotten, will survive in his special department without crossing its limits. For must there not be some extraordinary circumstances to exalt the name of a professor from the history of Science to the general history of the human race? Had Desplein that universal command of knowledge which makes a man the living word, the great figure of his age? Desplein had a godlike eye; he saw into the sufferer and his malady by an intuition, natural or acquired, which enabled him to grasp the diagnostics peculiar to the individual, to determine the very time, the hour, the minute when an operation should be performed, making due allowance for atmospheric conditions and peculiarities of individual temperament. To proceed thus, hand in hand with nature, had he then studied the constant assimilation by living beings, of the elements contained in the atmosphere, or yielded by the earth to man who absorbs them, deriving from them a particular expression of life? Did he work it all out by the power of deduction and analogy, to which we owe the genius of Cuvier? Be this as it may, this man was in all the secrets of the human frame; he knew it in the past and in the future, emphasizing the present.

But did he epitomize all science in his own person as Hippocrates did and Galen and Aristotle? Did he guide a whole school towards new worlds? No. Though it is impossible to deny that this persistent observer of human chemistry possessed that antique science of the Mages, that is to say, knowledge of the elements in fusion, the causes of life, life antecedent to life, and what it must be in its incubation or ever it is, it must be confessed that, unfortunately, everything in him was purely personal. Isolated during his life by his egoism, that egoism is now suicidal of his glory. On his tomb there is no proclaiming statue to repeat to posterity the mysteries which genius seeks out at its own cost.

But perhaps Desplein's genius was answerable for his beliefs, and for that reason mortal....