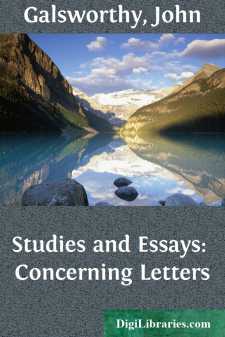 Once upon a time the Prince of Felicitas had occasion to set forth on a journey. It was a late autumn evening with few pale stars and a moon no larger than the paring of a finger-nail. And as he rode through the purlieus of his city, the white mane of his amber-coloured steed was all that he could clearly see in the dusk of the high streets. His way led through a quarter but little known to him, and he was surprised to find that his horse, instead of ambling forward with his customary gentle vigour, stepped carefully from side to side, stopping now and then to curve his neck and prick his ears—as though at some thing of fear unseen in the darkness; while on either hand creatures could be heard rustling and scuttling, and little cold draughts as of wings fanned the rider's cheeks.

The Prince at last turned in his saddle, but so great was the darkness that he could not even see his escort.

"What is the name of this street?" he said.

"Sire, it is called the Vita Publica."

"It is very dark." Even as he spoke his horse staggered, but, recovering its foothold with an effort, stood trembling violently. Nor could all the incitements of its master induce the beast again to move forward.

"Is there no one with a lanthorn in this street?" asked the Prince.

His attendants began forthwith to call out loudly for any one who had a lanthorn. Now, it chanced that an old man sleeping in a hovel on a pallet of straw was, awakened by these cries. When he heard that it was the Prince of Felicitas himself, he came hastily, carrying his lanthorn, and stood trembling beside the Prince's horse. It was so dark that the Prince could not see him.

The old man laboriously lit his lanthorn. Its pale rays fled out on either hand; beautiful but grim was the vision they disclosed. Tall houses, fair court-yards, and a palm grown garden; in front of the Prince's horse a deep cesspool, on whose jagged edges the good beast's hoofs were planted; and, as far as the glimmer of the lanthorn stretched, both ways down the rutted street, paving stones displaced, and smooth tesselated marble; pools of mud, the hanging fruit of an orange tree, and dark, scurrying shapes of monstrous rats bolting across from house to house. The old man held the lanthorn higher; and instantly bats flying against it would have beaten out the light but for the thin protection of its horn sides.

"Without a light," he said, "this thoroughfare is dangerous. What is your name, old man?"

"My name is Cethru," replied the aged churl.

"Cethru!" said the Prince. "Let it be your duty henceforth to walk with your lanthorn up and down this street all night and every night,"—and he looked at Cethru: "Do you understand, old man, what it is you have to do?"

The old man answered in a voice that trembled like a rusty flute:

"Aye, aye!—to walk up and down and hold my lanthorn so that folk can see where they be going."

The Prince gathered up his reins; but the old man, lurching forward, touched his stirrup....