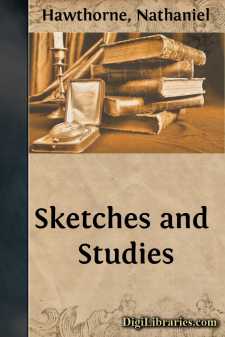 CHAPTER I. HIS PARENTAGE AND EARLY LIFE.

Franklin Pierce was born at Hillsborough, in the State of New Hampshire, on the 23d of November, 1804. His native county, at the period of his birth, covered a much more extensive territory than at present, and might reckon among its children many memorable men, and some illustrious ones. General Stark, the hero of Bennington, Daniel Webster, Levi Woodbury, Jeremiah Smith, the eminent jurist, and governor of the state, General James Miller, General McNeil, Senator Atherton, were natives of old Hillsborough County.

General Benjamin Pierce, the father of Franklin, was one of the earliest settlers in the town of Hillsborough, and contributed as much as any other man to the growth and prosperity of the county. He was born in 1757, at Chelmsford, now Lowell, in Massachusetts. Losing his parents early, he grew up under the care of an uncle, amid such circumstances of simple fare, hard labor, and scanty education, as usually fell to the lot of a New England yeoman's family some eighty or a hundred years ago. On the 19th of April, 1775, being then less than eighteen years of age, the stripling was at the plough, when tidings reached him of the bloodshed at Lexington and Concord. He immediately loosened the ox chain, left the plough in the furrow, took his uncle's gun and equipments, and set forth towards the scene of action. From that day, for more than seven years, he never saw his native place. He enlisted in the army, was present at the battle of Bunker Hill, and after serving through the whole Revolutionary War, and fighting his way upward from the lowest grade, returned, at last, a thorough soldier, and commander of a company. He was retained in the army as long as that body of veterans had a united existence; and, being finally disbanded, at West Point, in 1784, was left with no other reward, for nine years of toil and danger, than the nominal amount of his pay in the Continental currency—then so depreciated as to be almost worthless.

In 1780, being employed as agent to explore a tract of wild land, he purchased a lot of fifty acres in what is now the town of Hillsborough. In the spring of the succeeding year, he built himself a log hut, and began the clearing and cultivation of his tract. Another year beheld him married to his first wife, Elizabeth Andrews, who died within a twelvemonth after their union, leaving a daughter, the present widow of General John McNeil. In 1789, he married Anna Kendrick, with whom he lived about half a century, and who bore him eight children, of whom Franklin was the sixth.

Although the Revolutionary soldier had thus betaken himself to the wilderness for a subsistence, his professional merits were not forgotten by those who had witnessed his military career. As early as 1786, he was appointed brigade major of the militia of Hillsborough County, then first organized and formed into a brigade. And it was a still stronger testimonial to his character as a soldier, that, nearly fifteen years afterwards, during the presidency of John Adams, he was offered a high command in the northern division of the army which was proposed to be levied in anticipation of a war with the French republic....