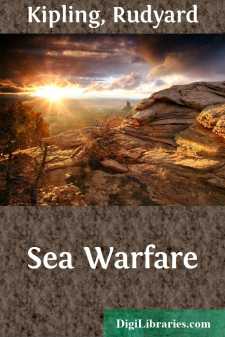 The Navy is very old and very wise. Much of her wisdom is on record and available for reference; but more of it works in the unconscious blood of those who serve her. She has a thousand years of experience, and can find precedent or parallel for any situation that the force of the weather or the malice of the King's enemies may bring about.

The main principles of sea-warfare hold good throughout all ages, and, so far as the Navy has been allowed to put out her strength, these principles have been applied over all the seas of the world. For matters of detail the Navy, to whom all days are alike, has simply returned to the practice and resurrected the spirit of old days.

In the late French wars, a merchant sailing out of a Channel port might in a few hours find himself laid by the heels and under way for a French prison. His Majesty's ships of the Line, and even the big frigates, took little part in policing the waters for him, unless he were in convoy. The sloops, cutters, gun-brigs, and local craft of all kinds were supposed to look after that, while the Line was busy elsewhere. So the merchants passed resolutions against the inadequate protection afforded to the trade, and the narrow seas were full of single-ship actions; mail-packets, West Country brigs, and fat East Indiamen fighting, for their own hulls and cargo, anything that the watchful French ports sent against them; the sloops and cutters bearing a hand if they happened to be within reach.

It was a brutal age, ministered to by hard-fisted men, and we had put it a hundred decent years behind us when—it all comes back again! To-day there are no prisons for the crews of merchantmen, but they can go to the bottom by mine and torpedo even more quickly than their ancestors were run into Le Havre. The submarine takes the place of the privateer; the Line, as in the old wars, is occupied, bombarding and blockading, elsewhere, but the sea-borne traffic must continue, and that is being looked after by the lineal descendants of the crews of the long extinct cutters and sloops and gun-brigs. The hour struck, and they reappeared, to the tune of fifty thousand odd men in more than two thousand ships, of which I have seen a few hundred. Words of command may have changed a little, the tools are certainly more complex, but the spirit of the new crews who come to the old job is utterly unchanged. It is the same fierce, hard-living, heavy-handed, very cunning service out of which the Navy as we know it to-day was born. It is called indifferently the Trawler and Auxiliary Fleet. It is chiefly composed of fishermen, but it takes in every one who may have maritime tastes—from retired admirals to the sons of the sea-cook. It exists for the benefit of the traffic and the annoyance of the enemy. Its doings are recorded by flags stuck into charts; its casualties are buried in obscure corners of the newspapers. The Grand Fleet knows it slightly; the restless light cruisers who chaperon it from the background are more intimate; the destroyers working off unlighted coasts over unmarked shoals come, as you might say, in direct contact with it; the submarine alternately praises and—since one periscope is very like another—curses its activities; but the steady procession of traffic in home waters, liner and tramp, six every sixty minutes, blesses it altogether....