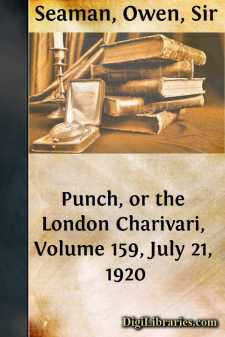 Yet he is one of the most interesting of British creatures. The Encyclopædia Britannica is as terse and simple as ever about him. "Grasshoppers," it says, "are specially remarkable for their saltatory powers, due to the great development of the hind legs; and also for their stridulation, which is not always an attribute of the male only." To translate, grasshoppers have a habit of hopping ("saltatory powers") and chirping ("stridulation").

Nevertheless I have always felt that there was something fishy about the grasshopper's back legs. I mean, why should he wave his back legs about when he is stridulating? My own theory is that it is purely due to the nervous excitement produced by the act of singing. The same phenomenon can be observed in many singers and public speakers. I do not think myself that we need seek for a more elaborate hypothesis. The Encyclopædia Britannica, of course, says that "the stridulation or song in the Acridiidæ is produced by friction of the hind legs against portions of the wings or wing-covers," but that is just the sort of statement which the scientific man thinks he can pass off on the public with impunity. Considering that stridulation takes place about every ten seconds, I calculate that the grasshopper must require a new set of wings every ten days. It would be more in keeping with the traditions of our public life if the scientific man simply confessed that he was baffled by this problem of the grasshopper's back legs. Yet, as I have said, if a public speaker may fidget with his back legs while he is stridulating, why not a public grasshopper? The more I see of science the more it strikes me as one large mystification.