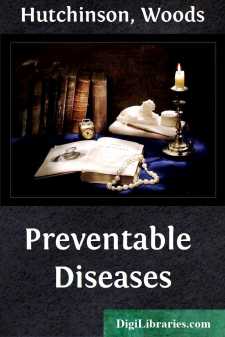 THE BODY-REPUBLIC AND ITS DEFENSE

The human body as a mechanism is far from perfect. It can be beaten or surpassed at almost every point by some product of the machine-shop or some animal. It does almost nothing perfectly or with absolute precision. As Huxley most unexpectedly remarked a score of years ago, "If a manufacturer of optical instruments were to hand us for laboratory use an instrument so full of defects and imperfections as the human eye, we should promptly decline to accept it and return it to him. But," as he went on to say, "while the eye is inaccurate as a microscope, imperfect as a telescope, crude as a photographic camera, it is all of these in one." In other words, like the body, while it does nothing accurately and perfectly, it does a dozen different things well enough for practical purposes. It has the crowning merit, which overbalances all these minor defects, of being able to adapt itself to almost every conceivable change of circumstances.

This is the keynote of the surviving power of the human species. It is not enough that the body should be prepared to do good work under ordinary conditions, but it must be capable, if needs be, of meeting extraordinary ones. It is not enough for the body to be able to take care of itself, and preserve a fair degree of efficiency in health, under what might be termed favorable or average circumstances, but it must also be prepared to protect itself and regain its balance in disease.

The human automobile in its million-year endurance-run has had to learn to become self-repairing; and well has it learned its lesson. Not only, in the language of the old saw, is there "a remedy for every evil under the sun," but in at least eight cases out of ten that remedy will be found within the body itself. Generations ago this self-balancing, self-repairing power was recognized by the more thoughtful fathers in medicine and even dignified by a name in their pompous Latinity—the vis medicatrix naturæ, the healing power of nature.

In the new conception of disease, our drugs, our tonics, our prescriptions and treatments, are simply means of rousing this force into activity, assisting its operations, or removing obstacles in its way. This remedial power does not imply any gift of prophecy on nature's part, nor is it proof of design, or beneficent intention. It is rather one of those blind reactions to certain stimuli, tending to restore the balance of the organism, much as that interesting, new scientific toy, the gyroscope car, will respond to pressure exerted or weight placed upon one side by rising on that side, instead of tipping over. Let the onslaught of disease be sufficiently violent and unexpected, and nature will fail to respond in any way.

Moreover, we and our intelligences are a product of nature and a part of her remedial powers. So there is nothing in the slightest degree irrational or inconsistent in our attempting to assist in the process.

However, a great, broad, consoling and fundamental fact remains: that in a vast majority of diseases which attack humanity, under ninety per cent of the unfavorable influences which affect us, nature will effect a cure if not too much interfered with....