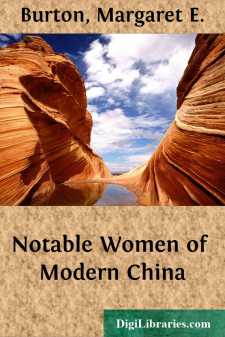 Add to My Favorites
Published: 9 years ago
Downloads: 196
Rating: (0 Votes)

DR. HÜ KING ENG I CHILDHOOD IN A CHRISTIAN HOME

Among the earliest converts to Christianity in South China was Hü Yong Mi, the son of a military mandarin of Foochow. He had been a very devout Buddhist, whose struggles after spiritual peace, and whose efforts to obtain it through fasting, sacrifice, earnest study, and the most scrupulous obedience to all the forms of Buddhist worship, remind one strongly of the experiences of Saul of Tarsus. Like Saul too, Hü Yong Mi was, before his conversion, a vigorous and sincere opponent of Christianity. When his older brother became a Christian, Hü Yong Mi felt that his casting away of idols and abolishing of ancestral worship were crimes of such magnitude that the entire family "ought all with one heart to beat the drum and drive him from the house." He tells of finding a copy of the Bible in his father's bookcase one day, and how, in sudden rage, he tore it to pieces and threw the fragments on the floor, and then, not satisfied with destroying the book, wished that he had some sharp implement with which to cut out "the hated name Ya-su, which stared from the mutilated pages."

But when, through the efforts of the very brother whom he had persecuted, he too came to recognize the truth of Christianity, he became as devoted and tireless a worker for his Lord as was Paul the apostle, preaching in season and out of season, first as a layman, afterwards as an ordained minister of the Methodist Church. His work often led him to isolated and difficult fields; he was "in journeyings often, in perils of rivers, in perils of robbers, in perils from his countrymen, in perils in the city, in perils in the wilderness." But, alike in toil and persecution, he remained steadfast.

He was made a presiding elder at the time of the organization of the Foochow Conference in 1877, and from that time until his death, in 1893, he was, in the words of one of the missionaries of that district, "a pillar of strength in the church in China, because of his piety and wisdom and his literary ability, having, withal, an eloquent tongue which in the ardour of pulpit oratory gave to his fine six-foot physique a princely bearing."

A striking testimony to the power and beauty of this Christian man's character is a picture, painted by a Chinese artist, an old man over eighty years of age. This man was not a Christian, but after hearing Mr. Hü's preaching, and watching his consecrated life, he embodied in a painting his conception of the power of the "Cross Doctrine" as he knew it through Hü Yong Mi. The picture, which is five feet long and nearly three wide, and is finely executed in water colours, was presented to Mr. Hü by the artist. At first glance its central figure seems to be a tree, under which is a man reading from a book. Lower down are some rocks. But looking again one sees that the tree is a cross, and that in the rocks are plain semblances of human faces, more or less perfect, all turned toward the cross. The thought which the artist wished to express was that the "Cross Doctrine," as preached and lived by such as Hü Yong Mi, would turn even rocks into human beings.

The wife of Hü Yong Mi was brought up in a home of wealth and rank in Foochow. Her aristocratic birth was manifested by the size of her tiny embroidered shoe, which measured exactly three inches. When Hü Yong Mi was asked by the missionaries to become a minister, he was somewhat dismayed to learn that in the Methodist Church the minister's family must frequently move from place to place. In his own words, "The Chinese greatly esteem the place of their birth; if a man goes abroad it is considered a matter of affliction; for a family to move is an almost unheard of calamity." He replied, however, that although he had not known of the existence of the custom, he was entirely willing, for Christ's sake, to undertake the work of a minister in spite of it. The missionaries then asked if his wife would be willing to go with him....