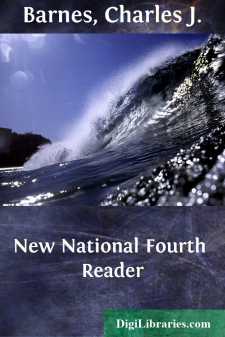 Once upon a time, there was a little boy, whose name was Johnny. "Johnny," said his mamma, one day, "will you bring me an armful of wood?"

"Yes," said Johnny, "I'm going to"; but just then he heard Carlo, the dog, barking at a chipmunk over in the meadow, so he ran off as fast as he could go.

Now this was not the first time that Johnny had said to his mamma, "Yes, I'm going to." He never thought of that wood again until about dinner-time, when he began to feel hungry.

When he got back, he found that dinner was over, and papa and mamma had gone to ride. He found a piece of bread and butter, and sat down on a Large rock, with his back against the stump of a tree, to eat it.

When it was all gone, Johnny began to think what he should do next. He closed his eyes as people are apt to do when they think.

"Who in the world are you?" said he, in great surprise, "and what are you making such a noise about?"

"We are telling our names," said they; "didn't you ask us to tell our names?"

"O what a story!" cried they all in a breath.

"No, let us carry him to the king," said another.

So they began to spin about him like so many spiders; for each one of them carried a long web, and when that gets wound around a boy or a girl, it is a very difficult thing to get rid of.

In a few minutes they had him all wound up—hands and feet, nose and eyes, all tied up tight. Then they took him among them, and flew away with him, miles and miles, over the hills, and up to a big cave in the mountain. There he heard ever so many more voices, and it was noisier than ever.

"O you're safe at home," answered Wait-a-bit, for he seemed to be the spokesman; "and they have been expecting you for some time."

"This isn't my home," said Johnny, feeling very miserable and beginning to cry.

"O yes, it is," said a chorus of voices. "This is just where such folks as you belong. There are many of your fellows here, and you won't be lonesome a bit."

They had begun to unwind the web from his eyes now, so he opened them and looked about him. O what a wretched place it was!

Against the sides of the cave, stood long rows of boys and girls, with very sorry faces, all of them saying over as fast as they could speak, "Going to, going to!" "Wait a bit, wait a bit!" "Pretty soon, pretty soon!" "In a minute, in a minute!" studying the names just as hard as if they were lessons.

There were Delays, and Tardys, and Put-offs, with ever so many more; and in a corner by themselves, and looking more unhappy than all the rest, were the poor little fellows whose names were "Too late."

Directions for Reading.—Pupils should read loud enough for all the class to hear them....