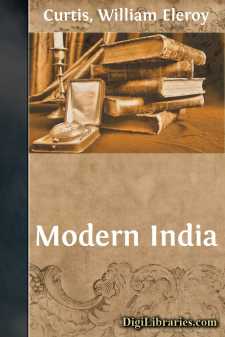 Add to My Favorites
Published: 11 years ago
Downloads: 89
Rating: (1 Vote)

THE EYE OF INDIA

A voyage to India nowadays is a continuous social event. The passengers compose a house party, being guests of the Steamship company for the time. The decks of the steamer are like broad verandas and are covered with comfortable chairs, in which the owners lounge about all day. Some of the more industrious women knit and embroider, and I saw one good mother with a basket full of mending, at which she was busily engaged at least three mornings. Others play cards upon folding tables or write letters with portfolios on their laps, and we had several artists who sketched the sky and sea, but the majority read novels and guide books, and gossiped. As birds of a feather flock together on the sea as well as on land, previous acquaintances and congenial new ones form little circles and cliques and entertain themselves and each other, and, after a day or two, move their chairs around so that they can be together. Americans and English do not mix as readily as you might expect, although there is nothing like coolness between them. It is only a natural restraint. They are accustomed to their ways, and we to ours, and it is natural for us to drift toward our own fellow countrymen.

In the afternoon nettings are hung around one of the broad decks and games of cricket are played. One day it is the army against the navy; another day the united service against a civilian team, and then the cricketers in the second-class salon are invited to come forward and try their skill against a team made up of first-classers. In the evening there is dancing, a piano being placed upon the deck for that purpose, and for two hours it is very gay. The ladies are all in white, and several English women insisted upon coming out on the deck in low-cut and short-sleeved gowns. It is said to be the latest fashion, and is not half as bad as their cigarette smoking or the ostentatious display of jewelry that is made on the deck every morning. Several women, and some of them with titles, sprawl around in steamer chairs, wearing necklaces of pearls, diamonds, emeralds and other precious stones, fit for only a banquet or a ball, with their fingers blazing with jewels and their wrists covered with bracelets. There seemed to be a rivalry among the aristocracy on our steamer as to which could make the most vulgar display of gold, silver and precious stones, and it occurs to me that these Englishwomen had lived in India so long that they must have acquired the Hindu barbaric love of jewelry.

My attention was called not long ago to a cartoon in a British illustrated paper comparing the traveling outfits of American and English girls. The American girl had a car load of trunks and bags and bundles, a big bunch of umbrellas and parasols, golf sticks, tennis racquets and all sorts of queer things, and was dressed in a most conspicuous and elaborate manner. She was represented as striding up and down a railway platform covered with diamonds, boa, flashy hat and fancy finery, while the English girl, in a close fitting ulster and an Alpine hat, leaned quietly upon her umbrella near a small "box," as they call a trunk, and a modest traveling bag....