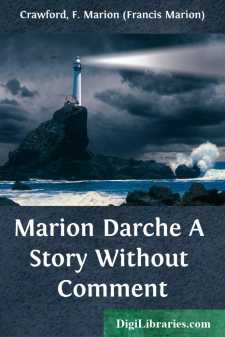 Among the many peculiarities which contribute to make New York unlike other cities is the construction of what may be called its social map. As in the puzzles used in teaching children geography, all the pieces are of different shapes, different sizes and different colours; but they fit neatly together in the compact whole though the lines which define each bit are distinctly visible, especially when the map has been long used by the industrious child. What calls itself society everywhere else calls itself society in New York also, but whereas in European cities one instinctively speaks of the social scale, one familiar with New York people will be much more inclined to speak of the social map. I do not mean to hint that society here exists on a dead level, but the absence of tradition, of all acknowledged precedents and of all outward and perceptible distinctions makes it quite impossible to define the position of any one set in regard to another by the ordinary scale of superiority or inferiority. In London or Paris, for instance, ambitious persons are spoken of as climbing, in New York it would be more correct to speak of them as migrating or attempting to migrate from one social field to the next. It is impossible to imagine fields real or metaphorical yielding more different growths under the same sky.

The people in all these different sets are very far from being unconscious of one another's existence. Sometimes they would like to change from one set to another and cannot, sometimes other people wish them to change and they will not, sometimes they exchange places, and sometimes by a considerable effort, or at considerable expense, they change themselves. The man whose occupations, or tastes, or necessities, lead him far beyond the bounds of the one particular field to which he belongs, may see a vast deal that is interesting and of which his own particular friends and companions know nothing whatever. There are a certain number of such men in every great city, and there are a certain number of women also, who, by accident or choice, know a little more of humanity in general than their associates. They recognise each other wherever they meet. They speak the same language. Without secret signs or outward badges they understand instinctively that they belong to the small and exceptional class of human beings. If they meet for the first time, no matter where, the conversation of each is interesting to the other; they go their opposite ways never to meet again, perhaps, but feeling that for a few minutes, or a few hours, they have lived in an atmosphere far more familiar to them than that of their common everyday life. They are generally the people who can accomplish things, not hard to do in themselves but quite out of the reach of those whose life runs in a single groove. They very often have odd experiences to relate and sometimes are not averse to relating them. They are a little mysterious in their ways and they do not care to be asked whither they are going nor whence they come. They are not easily surprised by anything, but they sometimes do not remember to which particular social set an idea, a story, or a prejudice belongs, especially if they are somewhat preoccupied at the time. This occasionally makes their conversation a little startling, if not incomprehensible, but they are generally considered to be agreeable people and if they have good manners and dress like human beings they are much sought after in society for the simple reason that they are very hard to find.

In New York walking is essentially the luxury of the rich. The hard-working poor man has no time to lose in such old-fashioned sport and he gets from place to place by means of horse cars and elevated roads, by cabs or in his own carriage, according to the scale of his poverty. The man who has nothing to do keeps half-a-dozen horses and enjoys the privilege of walking, which he shares with women and four-footed animals....