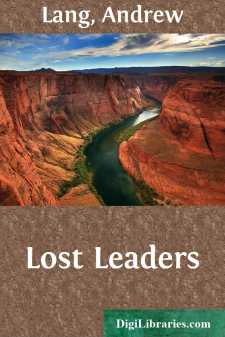 September is the season of the second and lovelier youth of the river-scenery of Scotland.  Spring comes but slowly up that way; it is June before the woods have quite clothed themselves.  In April the angler or the sketcher is chilled by the east wind, whirling showers of hail, and even when the riverbanks are sweet with primroses, the bluff tops of the border hills are often bleak with late snow.  This state of things is less unpropitious to angling than might be expected.  A hardy race of trout will sometimes rise freely to the artificial fly when the natural fly is destroyed, and the angler is almost blinded with dusty snowflakes.  All through midsummer the Scotch rivers lose their chief attractions.  The bracken has not yet changed its green for the fairy gold, the hue of its decay; the woods wear a uniform and sombre green; the waters are low and shrunken, and angling is almost impossible.  But with September the pleasant season returns for people who love “to be quiet, and go a-fishing,” or a-sketching.  The hills put on a wonderful harmony of colours, the woods rival the October splendours of English forests.  The bends of the Tweed below Melrose and round Mertoun—a scene that, as Scott says, the river seems loth to leave—may challenge comparison with anything the Thames can show at Nuneham or Cliefden.  The angler, too, is as fortunate as the lover of the picturesque.  The trout that have hidden themselves all summer, or at best have cautiously nibbled at the worm-bait, now rise freely to the fly.  Wherever a yellow leaf drops from birch tree or elm the great trout are splashing, and they are too eager to distinguish very subtly between flies of nature’s making and flies of fur and feather.  It is a time when every one who can manage it should be by the water-side, and should take with him, if possible, the posthumous work of Sir Thomas Dick Lauder on the “Rivers of Scotland.”

This book, as the author of “Rab and his Friends” tells us in the preface, is a re-publication of articles written in 1848, on the death-bed of the author, a man of many accomplishments and of a most lovable nature.  He would lie and dictate or write in pencil these happy and wistful memories of days passed by the banks of Tweed and Tyne.  He did not care to speak of the northern waters: of Tay, which the Roman invaders compared to Tiber; of Laxford, the river of salmon; or of the “thundering Spey.”  Nor has he anything to say of the west, and of Galloway, the country out of which young Lochinvar came, with its soft and broken hills, like the lower spurs of the Pyrenees, and its streams, now rushing down defiles of rock, now stealing with slow foot through the plains.  He confines himself to the limits of the Scottish Arcadia; to the hills near Edinburgh, where Ramsay’s Gentle Shepherd loved and sang in a rather affected way; and to the main stream and the tributaries of the Tweed.  He tells, with a humour like that of Charles Lamb in his account of his youthful search for the mysterious fountain-head of the New River, how he sought among the Pentland Hills for the source of the brook that flowed past his own garden.  The wandering stream led him through many a scene renowned in Border history, up to the heights whence Marmion surveyed the Scottish forces encamped on Borough Moor before the fatal day of Flodden.  These scenes are described with spirit and loving interest; but it is by Tweedside that the tourist will find his most pleasant guide in Lauder’s book.  Just as Cicero said of Athens, that in every stone you tread on a history, so on Tweedside by every nook and valley you find the place of a ballad, a story, or a legend.  From Tweed’s source, near the grave of the Wizard Merlin, down to Berwick and the sea, the Border “keeps” and towers are as frequent as castles on the Rhine.  Each has its tradition, its memory of lawless times, which have become beautiful in the magic of poetry and the mist of the past.  First comes Neidpath Castle, with its vaulted “hanging chamber” in the roof, and the rafter, with the iron ring to which prisoners were hanged, still remaining to testify to the lawless power of Border lords....