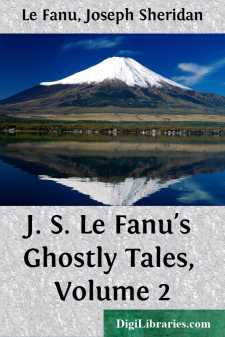 [The Editor of the UNIVERSITY MAGAZINE submits the following very remarkable statement, with every detail of which he has been for some years acquainted, upon the ground that it affords the most authentic and ample relation of a series of marvellous phenoma, in nowise connected with what is technically termed "spiritualism," which he has anywhere met with. All the persons—and there are many of them living—upon whose separate evidence some parts, and upon whose united testimony others, of this most singular recital depend, are, in their several walks of life, respectable, and such as would in any matter of judicial investigation be deemed wholly unexceptionable witnesses. There is not an incident here recorded which would not have been distinctly deposed to on oath had any necessity existed, by the persons who severally, and some of them in great fear, related their own distinct experiences. The Editor begs most pointedly to meet in limine the suspicion, that he is elaborating a trick, or vouching for another ghost of Mrs. Veal. As a mere story the narrative is valueless: its sole claim to attention is its absolute truth. For the good faith of its relator he pledges his own and the character of this Magazine. With the Editor's concurrence, the name of the watering-place, and some special circumstances in no essential way bearing upon the peculiar character of the story, but which might have indicated the locality, and possibly annoyed persons interested in house property there, have been suppressed by the narrator. Not the slightest liberty has been taken with the narrative, which is presented precisely in the terms in which the writer of it, who employs throughout the first person, would, if need were, fix it in the form of an affidavit.]

Within the last eight years—the precise date I purposely omit—I I was ordered by my physician, my health being in an unsatisfactory state, to change my residence to one upon the sea-coast; and accordingly, I took a house for a year in a fashionable watering-place, at a moderate distance from the city in which I had previously resided, and connected with it by a railway.

Winter was setting in when my removal thither was decided upon; but there was nothing whatever dismal or depressing in the change. The house I had taken was to all appearance, and in point of convenience, too, quite a modern one. It formed one in a cheerful row, with small gardens in front, facing the sea, and commanding sea air and sea views in perfection. In the rear it had coach-house and stable, and between them and the house a considerable grass-plot, with some flower-beds, interposed.

Our family consisted of my wife and myself, with three children, the eldest about nine years old, she and the next in age being girls; and the youngest, between six and seven, a boy. To these were added six servants, whom, although for certain reasons I decline giving their real names, I shall indicate, for the sake of clearness, by arbitrary ones. There was a nurse, Mrs....