India and the Indians 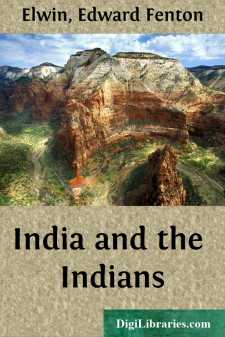 Misconceptions about India. Hinduism. An "infernal religion." Hindu mythology. Ascetics. Translations of Hindu sacred books. Modern and ancient ways of teaching Christianity. Danger of the incorporation of a false Christ into Hinduism. Hindu India as it really is. Definitions of "What is Hinduism?" from representative Hindus.

India is not really quite so mysterious a country as it appears to be on first acquaintance. But you have to live there a long time before things begin to reveal their real shape. It is only on the ground of long residence, and frequent and often close intercourse with a great variety of Indians, that I venture now and then to give some of my experiences to others. India remains almost an unknown land to a large number of people in spite of all that has been written or spoken about it, and it is hard to dissipate the many misconceptions which exist concerning the country. Some of these misconceptions came into being years ago, but they have become stereotyped. They were presumably the outcome of hasty conclusions drawn from superficial knowledge. But even visitors to India often view the country in the light of preconceived ideas which they have either heard or read of, and they therefore fail to see things as they really are.

It is inevitable in dealing with Indian things that the defects of the people of the country should occupy rather a prominent place. The cause is their misfortune and not their fault. They have many delightful natural characteristics, and the years that I have lived amongst them have only served to increase my deep affection for the people of India, and the real pleasure that I find in their society. The defects of Hindus come from their religion, which is deeply steeped in idolatry, and neither gives them a code of morality, nor grace to keep one if it had been given. The strongest denunciations of Hinduism come from the people themselves. I often repeat what the old Brahmin, who lived and died a Hindu, said when he roared out to me, "It is a most infernal religion." And he proceeded to give instances of its infernal nature which it is impossible to print, but which justified the expression.

A Hindu admits the beauty of a moral life, but puts it aside as impossible of fulfilment. He has no creed, and cannot tell you what he believes. He is in doubt and uncertainty both as regards where man came from, and whither he is going. Nearly every Hindu is an idolater at some time or other, if only to please his wife, or to oblige a friend. Some, nowadays, try to explain away the custom as being merely an ancient tradition, but on that account to be respected; or as edifying for the ignorant, who cannot find God in any other way.

The histories of the gods, like all heathen mythology, consist of tales, some picturesque, some foolish, some dull and childish, some obscene. How far the educated Hindu believes them it is difficult to know. Those that are obviously absurd he will say are allegorical, and in spite of their diversity he will maintain that they are all manifestations of one god. The uneducated rustic, so far as he is familiar with these stories, believes them.

The ascetic life, at any rate as represented by the professional ascetics of India, is not held in admiration by the people of the country. The real character of most of the wandering ascetics is perfectly well known. But the people fear their curse; hence they give them alms, and a measure of outward respect. That their profession and their conduct are so often in contradiction does not apparently excite surprise.

Some English translations of Hindu sacred books must be taken with a certain amount of caution. Enthusiastic and poetically inclined minds have produced translations which can only be said to remotely represent the originals (if we are to accept the opinion of some who are competent to know), into which they have read much more than is really to be found there. Also, terms taken from Christian theology have, of necessity, a much fuller meaning to the minds of Christian people who read them than is to be found in the vernacular expression which they represent....