Illustrated Science for Boys and Girls 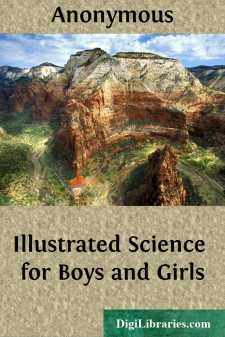 HOW NEWSPAPERS ARE MADE.

We will suppose that it is a great newspaper, in a great city, printing daily 25,000, or more, copies. Here it is, with wide columns, with small, compact type, with very little space wasted in head lines, eight large pages of it, something like 100,000 words printed upon it, and sold for four cents—25,000 words for a cent. It is a great institution—a power greater than a hundred banking-houses, than a hundred politicians, than a hundred clergymen. It collects and scatters news; it instructs and entertains with valuable and sprightly articles; it forms and concentrates public opinion; it in one way or another, brings its influence to bear upon millions of people, in its own, and other lands. Who would not like to know something about it?

And there is Tom, first of all, who declares that he is going to be a business man, and who already has a bank-book with a good many dollars entered on its credit side—there is Tom, I say, asking first of all: “How much does it cost? and where does the money come from? and is it a paying concern?” Tom shall not have his questions expressly answered; for it isn’t exactly his business; but here are some points from which he may figure:

“How much does it cost?” Well, there is the publishing department, with an eminent business man at its head, with two or three good business men for his assistants, and with several excellent clerks and other employès. Then there is the Editor-in-Chief, and the Managing Editor, and the City Editor, and a corps of editors of different departments, besides reporters—thirty or forty men in all, each with some special literary gift. Then there are thirty or forty men setting type; a half-dozen proof-readers; a half-dozen stereotypers; the engineer and foreman and assistants below stairs, who do the printing; and several men employed in the mailing department. Then there are tons and tons of paper to be bought each week; ink, new type, heavy bills for postage; many hundreds of dollars a week for telegraphic dispatches; and the interest on the money invested in an expensive building; expensive machinery, and an expensive stock of printers’ materials—nothing being said of the pay of correspondents of the paper at the State Capitol, at Washington, at London, at Paris, etc. Tom is enough of a business man, already, I know, to figure up the weekly expenses of such an establishment at several thousands of dollars—a good many hundreds at each issue of the paper.

“And where does the money come from?” Partly from the sale of papers. Only four cents apiece, and only a part of that goes to the paper; but, then, 25,000 times, say two-and-a-half cents, is $625, which it must be confessed, is quite a respectable sum for quarter-dimes to pile up in a single day. But the greater part of the money comes from advertisements. Nearly half of the paper is taken up with them. If you take a half-dozen lines to the advertising clerk, he will charge you two or three dollars; and there are several hundred times as much as your small advertisement in each paper....