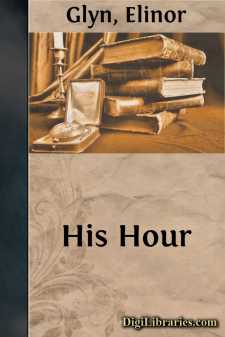 The Sphinx was smiling its eternal smile. It was two o'clock in the morning. The tourists had returned to Cairo, and only an Arab or two lingered near the boy who held Tamara's camel, and then gradually slunk away; thus, but for Hafis, she was alone—alone with her thoughts and the Sphinx.

The strange, mystical face looked straight at her from the elevation where she sat. Its sensual mocking calm penetrated her brain. The creature seemed to be laughing at all humanity—and saying—"There is no beyond—live and enjoy the things of the present—Eat, drink, and be merry, for to-morrow you die, and I—I who sit here and know, tell you there is no beyond. The things you can touch and hold to your bodies are the only ones worth grasping."

"Fool," said the Sphinx. "What is your soul? And if you have one, what have you done with it hitherto? Are you any light in the world?—No, you have lived upon the orders of others, you have let your individuality be crushed these twenty-four years—since the day you could speak. Just an echo it is—that fine thing, your soul! Show it then, if you have one! Do you possess an opinion? Not a bit of it. You simply announce platitudes that you have been taught were the right answers to all questions! Believe me, you have no soul. So take what you can—a body! You certainly have that, one can see it—well, snatch what it can bring you, since you have not enough will to try for higher things. Grasp what you may, poor weakling. That is the wisdom sitting here for eternity has taught me."

Tamara stirred her hands in protest—but she knew the indictment was true. Yes, her life had been one long commonplace vista of following leads—like a sheep.

But was it too late to change? Had she the courage? Dared she think for herself? If not, the mystic message of the Sphinx's smile were better followed: "Eat, drink, and be merry, for to-morrow you die."

The blue of the sky seemed to soothe her, and speak of hope. Could any other country produce a sky of so deep a sapphire as the night sky of Egypt? All around was intense sensuous warmth and stillness almost as light as day.

How wise she had been to break through the conventionality which surrounded her—and it had required some nerve—so as to be able to come here alone, on this one of her last nights in Egypt.

She half smiled when she thought of Millicent Hardcastle's face when she had first suggested it.

"My dear Tamara, what—what an extraordinary thing for a woman to do! Go to the Sphinx all alone at two o'clock in the morning. Would not people think it very strange?"

Tamara felt a qualm for a second, but was rebellious.

"Well, perhaps—but do you know, Millicent, I believe I don't care. That carven block of stone has had a curious effect upon me. It has made me think as I have never done before. I want to take the clearest picture away with me—I must go."

And even Mrs. Hardcastle's mild assertion that it could equally well be viewed and studied at a more reasonable hour did not move Tamara, and while her friend slumbered comfortably in her bed at Mena House, she had set off, a self-conscious feeling of a truant schoolboy exalting and yet frightening her....