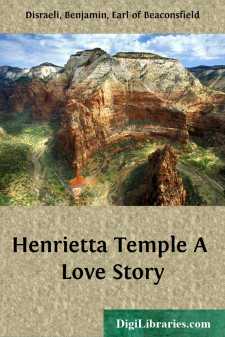 CHAPTER I. Some Account of the Family of Armine, andEspecially of Sir Ferdinand and of Sir Ratcliffe.

THE family of Armine entered England with William the Norman. Ralph d'Armyn was standard-bearer of the Conqueror, and shared prodigally in the plunder, as appears by Doomsday Book. At the time of the general survey the family of Ermyn, or Armyn, possessed numerous manors in Nottinghamshire, and several in the shire of Lincoln. William D'Armyn, lord of the honour of Armyn, was one of the subscribing Barons to the Great Charter. His predecessor died in the Holy Land before Ascalon. A succession of stout barons and valiant knights maintained the high fortunes of the family; and in the course of the various struggles with France they obtained possession of several fair castles in Guienne and Gascony. In the Wars of the Roses the Armyns sided with the house of Lancaster. Ferdinand Armyn, who shared the exile of Henry the Seventh, was knighted on Bosworth Field, and soon after created Earl of Tewkesbury. Faithful to the Church, the second Lord Tewkesbury became involved in one of those numerous risings that harassed the last years of Henry the Eighth. The rebellion was unsuccessful, Lord Tewkesbury was beheaded, his blood attainted, and his numerous estates forfeited to the Crown. A younger branch of the family, who had adopted Protestantism, married the daughter of Sir Francis Walsingham, and attracted, by his talents in negotiation, the notice of Queen Elizabeth. He was sent on a secret mission to the Low Countries, where, having greatly distinguished himself, he obtained on his return the restoration of the family estate of Armine, in Nottinghamshire, to which he retired after an eminently prosperous career, and amused the latter years of his life in the construction of a family mansion, built in that national style of architecture since described by the name of his royal mistress, at once magnificent and convenient. His son, Sir Walsingham Armine, figured in the first batch of baronets under James the First.

During the memorable struggle between the Crown and the Commons, in the reign of the unhappy Charles, the Armine family became distinguished Cavaliers. The second Sir Walsingham raised a troop of horse, and gained great credit by charging at the head of his regiment and defeating Sir Arthur Haselrigg's Cuirassiers. It was the first time that that impenetrable band had been taught to fly; but the conqueror was covered with wounds. The same Sir Walsingham also successfully defended Armine House against the Commons, and commanded the cavalry at the battle of Newbury, where two of his brothers were slain. For these various services and sufferings Sir Walsingham was advanced to the dignity of a baron of the realm, by the title of Lord Armine, of Armine, in the county of Nottingham. He died without issue, but the baronetcy devolved on his youngest brother, Sir Ferdinando.

The Armine family, who had relapsed into popery, followed the fortunes of the second James, and the head of the house died at St....