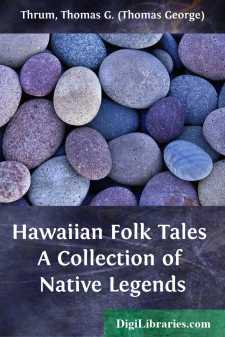 In the first volume of Judge Fornander’s elaborate work on “The Polynesian Race” he has given some old Hawaiian legends which closely resemble the Old Testament history. How shall we account for such coincidences?

Take, for instance, the Hawaiian account of the Creation. The Kane, Ku and Lono: or, Sunlight, Substance, and Sound,—these constituted a triad named Ku-Kaua-Kahi, or the Fundamental Supreme Unity. In worship the reverence due was expressed by such epithets as Hi-ka-po-loa, Oi-e, Most Excellent, etc. “These gods existed from eternity, from and before chaos, or, as the Hawaiian term expressed it, ‘mai ka po mia’ (from the time of night, darkness, chaos). By an act of their will these gods dissipated or broke into pieces the existing, surrounding, all-containing po, night, or chaos. By this act light entered into space. They then created the heavens, three in number, as a place to dwell in; and the earth to be their footstool, he keehina honua a Kane. Next they created the sun, moon, stars, and a host of angels, or spirits—i kini akua—to minister to them. Last of all they created man as the model, or in the likeness of Kane. The body of the first man was made of red earth—lepo ula, or alaea—and the spittle of the gods—wai nao. His head was made of a whitish clay—palolo—which was brought from the four ends of the world by Lono. When the earth-image of Kane was ready, the three gods breathed into its nose, and called on it to rise, and it became a living being. Afterwards the first woman was created from one of the ribs—lalo puhaka—of the man while asleep, and these two were the progenitors of all mankind. They are called in the chants and in various legends by a large number of different names; but the most common for the man was Kumuhonua, and for the woman Keolakuhonua [or Lalahonua].

“Of the creation of animals these chants are silent; but from the pure tradition it may be inferred that the earth at the time of its creation or emergence from the watery chaos was stocked with vegetable and animal. The animals specially mentioned in the tradition as having been created by Kane were hogs (puaa), dogs (ilio), lizards or reptiles (moo).

“Another legend of the series, that of Wela-ahi-lani, states that after Kane had destroyed the world by fire, on account of the wickedness of the people then living, he organized it as it now is, and created the first man and the first woman, with the assistance of Ku and Lono, nearly in the same manner as narrated in the former legend of Kumuhonua. In this legend the man is called Wela-ahi-lani, and the woman is called Owe.”

Of the primeval home, the original ancestral seat of mankind, Hawaiian traditions speak in highest praise. “It had a number of names of various meanings, though the most generally occurring, and said to be the oldest, was Kalana-i-hau-ola (Kalana with the life-giving dew). It was situated in a large country, or continent, variously called in the legends Kahiki-honua-kele, Kahiki-ku, Kapa-kapa-ua-a-Kane, Molo-lani....