Essays in Natural History and Agriculture 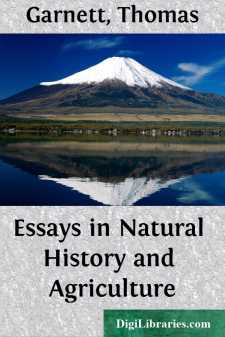 FACTS AND OBSERVATIONS ON THE SALMON.

In the following observations I intend to offer some remarks on the various migratory fish of the genus Salmo; and then some facts and opinions which tend to show the importance of some change in the laws which are now in force regarding them.

We have first the Salmon; which, in the Ribble, varies in weight from five to thirty pounds. We never see the fish here before May, and then very rarely; a few come in June, July, and August if there are high floods in the river, and about the latter end of September they become tolerably abundant; as the fisheries near the mouth of the river have then ceased for the season, and the Salmon run very freely up the river from that time to the middle or end of December. They begin to spawn at the latter end of October, but the greater part of those that spawn here do so in December. I believe nearer the source of the river they are earlier, but many fish are seen on the spawning beds in January; and I have even seen a pair so late as March; but this last is of very rare occurrence.

Some of the male Kipper (Kelts) come down in December and January, but the greater part of the females remain in the river until April, and they are occasionally seen herding with shoals of Smolts in May. In this state they will take a worm very readily, and are, many of them, caught with the fly in the deeps; but they are unfit to eat, the flesh being white, loose, and insipid; although they have lost the red dingy appearance which they had when about to spawn, and are almost as bright as the fresh fish, their large heads and lank bodies render it sufficiently easy to distinguish them from fish which are only ascending the river, even if the latter were plentiful at this season; but this is unfortunately not the case.

Secondly, we have the Mort. I am not sure whether this fish is what is called the Grilse in Scotland, or whether it is the Sea Trout of that country; it is a handsome fish, weighing from one and a half to three pounds. We first see Morts in June; from that time to the end of September they are plentiful in favourable seasons in the Hodder, a tributary stream of the Ribble, although they are never very numerous in the Ribble above the mouth of that stream. It is the opinion of the fishermen here that this is a distinct species; my own opinion is, that it is a young Salmon, and yet, if I were called upon to give reasons for thinking so, I could not offer any very conclusive ones: the best I have is, that there is no perceptible difference in the fry when going down to sea. It may be said, How do you know that one of the three or four varieties of Smolts which you describe further on, is not the fry of the Mort? To this objection, if made, I say that these varieties exist in the Wharfe, where, owing either to natural or artificial causes, there is never either a Mort or a Sprod (Whitling?) seen.

Thirdly, we have the Sprod, which is, I believe, synonymous with the Whitling, Whiting, or Birling of Scotland. It is a beautiful fish of six or eight ounces in weight, and has more the appearance of the Salmon than the Mort; it seldom ascends the river before July, and, like the Mort, is far more abundant in the Hodder than in the Ribble; this fish sometimes rises pretty freely at the fly, and when it does so, makes a very handsome addition to the angler's basket, but at other times it is difficult to hook, because of its shyness....