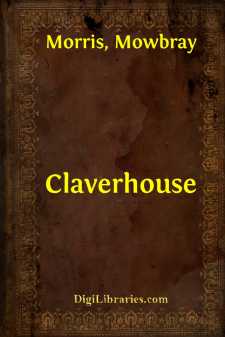 John Graham, Viscount of Dundee, best known, perhaps, in history by his territorial title of Claverhouse, was born in the year 1643. No record, indeed, exists either of the time or place of his birth, but a decision of the Court of Session seems to fix the former in that year—the year, as lovers of historical coincidences will not fail to remark, of the Solemn League and Covenant.

He came of an ancient and noble stock. The family of Graham can be traced back in unbroken succession to the beginning of the twelfth century; and indeed there have been attempts to encumber its scutcheon with the quarterings of a fabulous antiquity. Gram, we are told, was in some primeval time the generic name for all independent leaders of men, and was borne by one of the earliest kings of Denmark. Another has surmised that if Graham be the proper spelling of the name, it may be compounded of Gray and Ham, the dwelling, or home, of Gray; but if Grame, or Græme, be the correct form, then we must regard it as a genuine Saxon word, signifying fierce, or grim. Such exercises are ingenious, and to some minds, possibly, interesting; but they are surely in this case superfluous. A pedigree, says Scott laughingly as he sits down to trace his own, is the national prerogative of every Scottishman, as unalienable as his pride and poverty; but he must be very poor or very proud who cannot find his account in the legitimate pedigree of the House of Montrose.

The first of the branch of Claverhouse, which took its name from a small town in Forfarshire a few miles to the north of Dundee, was John, son of John Graham of Balargus in the same shire. Graham of Balargus was the son of another John, who was the second son of Sir Robert Graham of Fintrey, the eldest son of Robert Graham of Strathcanon, son and heir of Sir William Graham of Kincardine, by his wife the Lady Mary Stuart, widow of George first Earl of Angus and daughter of King Robert the Third—the unhappy king of "The Fair Maid of Perth." The grandson of John Graham was Sir William Graham of Claverhouse, the chosen friend of his cousin, the gallant and unfortunate Marquis of Montrose. By his wife Marion, daughter of Thomas Fotheringham of Powrie, Sir William had two sons, George and Walter, of whom the latter was the ancestor of those Grahams of Duntroon who at a later period assumed the title of Dundee. George left one son, another Sir William, who married Lady Jean Carnegie, daughter of the first Earl of Northesk, and by her had four children—two daughters, Margaret and Anne, and two sons, John and David. David is, as will be seen, not unrecorded in the annals of his country; but his name has been completely eclipsed by that of his elder brother, the "bloody Claver'se" of the Whigs, the "bonnie Dundee" of the Jacobites, one of the most execrated or one of the most idolised characters in the history of this kingdom, according to the temper and the taste of the writers and readers of history.

The register of that year shows that the two brothers matriculated at Saint Leonard's College in the University of Saint Andrews, on February 13th, 1665. Before this date all is a blank. Of John's boyish years history and tradition are equally silent. Long after his death, indeed, some idle stories became current, as their fashion is, of prophecies and prodigies in that early time. His nurse is said to have foretold that a river taking its name from a goose would prove fatal to him, and to have lamented that her child's career of glory had been frustrated because he had been checked in the act of devouring a live toad....