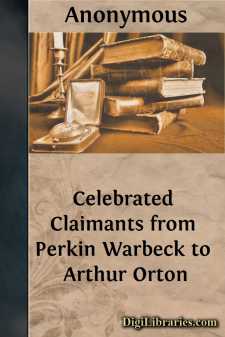 Henry VI. was one of the most unpopular of our English monarchs. During his reign the nobles were awed by his austerity towards some members of their own high estate, and divided between the claims of Lancaster and York; and the peasantry, who cared little for the claims of the rival Roses, were maddened by the extortions and indignities to which they were subjected. The feebleness and corruption of the Government, and the disasters in France, combined with the murder of the Duke of Suffolk, added to the general discontent; and the result was, that in the year 1450 the country was ripe for revolution. In June of that year, and immediately after the death of Suffolk, a body of 20,000 of the men of Kent; assembled on Blackheath, under the leadership of a reputed Irishman, calling himself John Cade, but who is said in reality to have been an English physician named Aylmere. This person, whatever his real cognomen, assumed the name of Mortimer (with manifest allusion to the claims of the House of Mortimer to the succession), and forwarded two papers to the king, entitled "The Complaint of the Commons of Kent," and "The Requests of the Captain of the Great Assembly in Kent." Henry replied by despatching a small force against the rioters. Cade unhesitatingly gave battle to the royal troops, and having defeated them and killed their leader, Sir Humphrey Stafford, at Seven Oaks, advanced towards London. Still preserving an appearance of moderation, he forwarded to the court a plausible list of grievances, asserting that when these were redressed, and Lord Say, the treasurer, and Cromer, the sheriff of Kent, had been punished for their malversations, he and his men would lay down their arms. These demands were so reasonable that the king's troops, who were far from loyal, refused to fight against the insurgents; and Henry, finding his cause desperate, retired for safety to Kenilworth, Lord Scales with a thousand men remaining to defend the Tower. Hearing of the flight of his majesty, Cade advanced to Southwark, which he reached on the 1st of July, and, the citizens offering no resistance, he entered London two days afterwards. Strict orders had been given to his men to refrain from pillage, and on the same evening they were led back to Southwark. On the following day he returned, and having compelled the Lord Mayor and the people to sit at Guildhall, brought Say and Cromer before them, and these victims of the popular spite were condemned, after a sham trial, and were beheaded in Cheapside. This exhibition of personal ill-will on the part of their chief seemed the signal for the commencement of outrages by his followers. On the next day the unruly mob began to plunder, and the citizens, repenting of their disloyalty, joined with Lord Scales in resisting their re-entry. After a sturdy fight, the Londoners held the position, and the Kentishmen, discouraged by their reverse, began to scatter. Cade, not slow to perceive the danger which threatened him, fled towards Lewis, but was overtaken by Iden, the sheriff of Kent, who killed him in a garden in which he had taken shelter. A reward of 1000 marks followed this deed of bravery. Some of the insurgents were afterwards executed as traitors; but the majority even of the ringleaders escaped unpunished, for Henry's seat upon the throne was so unstable, that it was deemed better to win the people by a manifestation of clemency, rather than to provoke them by an exhibition of severity.

After the downfall of the Plantagenet dynasty, and the accession of Henry VII. to the English throne, the evident favour shown by the king to the Lancastrian party greatly provoked the adherents of the House of York, and led some of the malcontents to devise one of the most extraordinary impostures recorded in history.

An ambitious Oxford priest, named Richard Simon, had among his pupils a handsome youth, fifteen years of age, named Lambert Simnel. This lad, who was the son of a baker, and, according to Lord Bacon, was possessed of "very pregnant parts," was selected to disturb the usurper's government, by appearing as a pretender to his crown. At first it was the intention of the conspirators that he should personate Richard, duke of York, the second son of Edward IV., who was supposed to have escaped from the assassins of the Tower, and to be concealed somewhere in England....