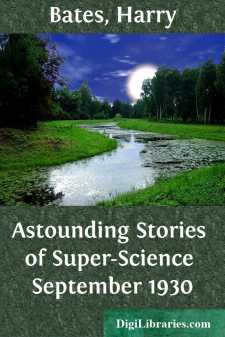 The delivery of his country into the clutches of a merciless, ultra-modern religion can be prevented only by Dr. Hagstrom's deciphering an extraordinary code.

As usual, the observation burst harmlessly over the heads of most of the students in the class, who were preoccupied with more immediate things—with the evening's movies and the week-end's dance. But upon two young men in the class, it made a powerful impression. It crystallized within them certain vague conceptions and brought them to a conscious focus, enabling the young men to turn formless dreams into concrete acts. That is why I take the position that the above enthusiastic words of this sociology professor, whose very name I have forgotten, were the prime moving influence which many years later succeeded in saving Occidental civilization from a catastrophe which would have been worse than death and destruction.

One of these young men was myself, and the other was my lifelong friend and chum, Carl Benda, who saved his country by solving a tremendously difficult scientific puzzle in a simple way, by sheer reasoning power, and without apparatus. The sociology professor struck a responsive chord in us: for since our earliest years we had wigwagged to each other as Boy Scouts, learned the finger alphabet of the deaf and dumb so that we might maintain communication during school hours, strung a telegraph wire between our two homes, admired Poe's "Gold Bug" together and devised boyish cipher codes in which to send each other postcards when chance separated us. But we had always felt a little foolish about what we considered our childish hobbies, until the professor's words suddenly roused us to the realization that we were a highly civilized pair of youngsters.

Not only did we then and there cease feeling guilty about our secret ciphers and our dots and dashes, but the determination was born within us to make of communication our life's work. It turned out that both of us actually did devote our lives to the cause of communication; but the passing years saw us engaged in widely and curiously divergent phases of the work. Thirty years later, I was Professor of the Psychology of Language at Columbia University, and Benda was Maintenance Engineer of the Bell Telephone Company of New York City; and on his knowledge and skill depended the continuity and stability of that stupendously complex traffic, the telephone communication of Greater New York.

Since our ambitious cravings were satisfied in our everyday work, and since now ordinarily available methods of communication sufficed our needs, we no longer felt impelled to signal across the house-tops with semaphores nor to devise ciphers that would defy solution. But we still kept up our intimate friendship and our intense interest in our beloved subject. We were just as close chums at the age of fifty as we had been at ten, and just as thrilled at new advances in communication: at television, at the international language, at the supposed signals from Mars....