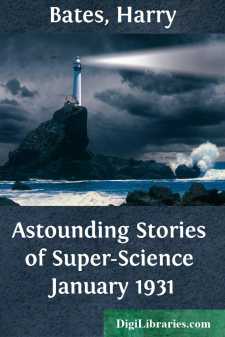 An officer of the Special Patrol Service dropped in to see me the other day. He was a young fellow, very sure of himself, and very kindly towards an old man.

He was doing a monograph, he said, for his own amusement, upon the early forms of our present offensive and defensive weapons. Could I tell him about the first Deuber spheres and the earlier disintegrator rays and the crude atomic bombs we tried back when I first entered the Service?

I could, of course. And I did. But a man’s memory does not improve in the course of a century of Earth years. Our scientists have not been able to keep a man’s brain as fresh as his body, despite all their vaunted progress. There is a lot these deep thinkers, in their great laboratories, don’t know. The whole universe gives them the credit for what’s been done, yet the men of action who carried out the ideas—but I’m getting away from my pert young officer.

He listened to me with interest and toleration. Now and then he helped me out, when my memory failed me on some little detail. He seemed to have a very fair theoretical knowledge of the subject.

“It seems impossible,” he commented, when we had gone over the ground he had outlined, “that the Service could have done its work with such crude and undeveloped weapons, does it not?” He smiled in a superior sort of way, as though to imply we had probably done the best we could, under the circumstances.

I suppose I should not have permitted his attitude to irritate me, but I am an old man, and my life has not been an easy one.

“Youngster,” I said—like many old people, I prefer spoken conversation—“back in those days the Service was handicapped in every way. We lacked weapons, we lacked instruments, we lacked popular support, and backing. But we had men, in those days, who did their work with the tools that were at hand. And we did it well.”

“Yes, sir!” the youngster said hastily—after all, a retired commander in the Special Patrol Service does rate a certain amount of respect, even from these perky youngsters—“I know that, sir. It was the efforts of men like yourself who gave us the proud traditions we have to-day.”

“Well, that’s hardly true,” I corrected him. “I’m not quite so old as that. We had a fine set of traditions when I entered the Service, son. But we did our share to carry them on, I’ll grant you that.”

“‘Nothing Less than Complete Success,’” quoted the lad almost reverently, giving the ancient motto of our service. “That is a fine tradition for a body of men to aspire to, sir.”

“True. True.” The ring in the boy’s voice brought memories flocking. It was a proud motto; as old as I am, the words bring a thrill even now, a thrill comparable only with that which comes from seeing old Earth swell up out of the darkness of space after days of outer emptiness. Old Earth, with her wispy white clouds and her broad seas— Oh, I know I’m provincial, but that is another thing that must be forgiven an old man.

“I imagine, sir,” said the young officer, “that you could tell many a strange story of the Service, and the sacrifices men have made to keep that motto the proud boast it is to-day.”