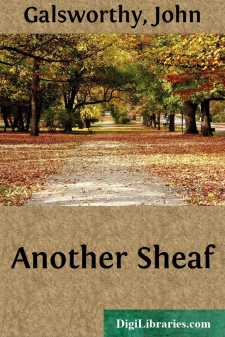 The road stretched in a pale, straight streak, narrowing to a mere thread at the limit of vision—the only living thing in the wild darkness. All was very still. It had been raining; the wet heather and the pines gave forth scent, and little gusty shivers shook the dripping birch trees. In the pools of sky, between broken clouds, a few stars shone, and half of a thin moon was seen from time to time, like the fragment of a silver horn held up there in an invisible hand, waiting to be blown.

Hard to say when I first became aware that there was movement on the road, little specks of darkness on it far away, till its end was blackened out of sight, and it seemed to shorten towards me. Whatever was coming darkened it as an invading army of ants will darken a streak of sunlight on sand strewn with pine needles. Slowly this shadow crept along till it had covered all but the last dip and rise; and still it crept forward in that eerie way, as yet too far off for sound.

Then began the voice of it in the dripping stillness, a tramping of weary feet, and I could tell that this advancing shadow was formed of men, millions of them moving all at one speed, very slowly, as if regulated by the march of the most tired among them. They had blotted out the road, now, from a few yards away to the horizon; and suddenly, in the dusk, a face showed.

Its eyes were eager, its lips parted, as if each step was the first the marcher had ever taken; and yet he was stumbling, almost asleep from tiredness. A young man he was, with skin drawn tight over his heavy cheek-bones and jaw, under the platter of his helmet, and burdened with all his soldier's load. At first I saw his face alone in the darkness, startlingly clear; and then a very sea of helmeted faces, with their sunken eyes shining, and their lips parted. Watching them pass—heavy and dim and spectre-like in the darkness, those eager dead-beat men—I knew as never before how they had longed for this last march, and in fancy seen the road, and dreamed of the day when they would be trudging home. Their hearts seemed laid bare to me, the sickening hours they had waited, dreaming and longing, in boots rusty with blood. And the night was full of the loneliness and waste they had been through....

Morning! At the edge of the town the road came arrow-straight to the first houses and their gardens, past them, and away to the streets. In every window and at each gate children, women, men, were looking down the road. Face after face was painted, various, by the sunlight, homely with line and wrinkle, curve and dimple, pallid or ruddy, but the look in the eyes of all these faces seemed the same. "I have waited so long," it said, "I cannot wait any more—I cannot!" Their hands were clasped, and by the writhing of those hands I knew how they had yearned, and the madness of delight waiting to leap from them—wives, mothers, fathers, children, the patient hopers against hope.

Far out on the road something darkened the sunlight. They were coming!