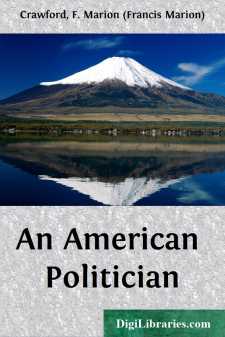 “Has anything gone wrong?” There was so much of interest and sympathy in her tone, as Joe put the simple question, that John turned and looked into her face. The magic of moonlight softens the hardest features, makes interest look like friendship, and friendship like love; but it can harden too at times, and make a human face look like carved stone.

“No, there is nothing wrong,” John answered presently; “what made you think so?”

“Did I? I did not mean to. Perhaps one is less gay and less hopeful at some times than at others. It has nothing to do with success or failure.”

“I know,” answered Joe. “One can be dreadfully depressed when one is enjoying one’s self to any extent. But I should not have thought you were that sort of person. You seem always the same.”

“I mean,” said John, “that people who work, especially people who have to do with large ideas and great movements, need to be more or less monotonous. The men who succeed are the men of one idea or at least they are the men who only have one idea at a time.”

“Whereas people who live to amuse and be amused must have as many ideas as possible.”

“Yes, to play with,” said John, completing the sentence. “Their life is play, their ideas are their playthings, and so soon as they have spoiled one toy they must have another. The people who supply ideas to an idle public are very valuable, and may have great power.”

“Novel-writers, and that sort of people,” suggested Joe.

“All producers of light literature and second-rate poetry, and a very great variety of other people besides. A man who amuses others may often be a worker himself. He raises a laugh or excites a momentary interest by getting rid of his superfluous ideas and imaginations, reserving to himself all the time the one idea in which he believes.”

“There are more men of that sort with you in Europe than with us. You need more amusement, and you will generally give more for it. You English, who are uncommonly fond of doing nothing, give yourselves vast trouble in the pursuit of pleasure. We Americans, who are ill when we are idle, are content to surround ourselves with the paraphernalia of pleasure when office hours are over; but we make very little use of our opportunities for amusement, being tired out at the end of the day with other things which we think more important. The result is that we have no such thing as what you denominate ‘Society,’ because we lack the prime element of aristocratic social intercourse, the ingrained determination to be idle.”

“You are very hard on us,” remarked Joe.

“Excuse me,” returned John, “you are compensated by having what we have not. Europeans are the most agreeable people in the world, wherever mutual and daily conversation and intercourse are to be considered....