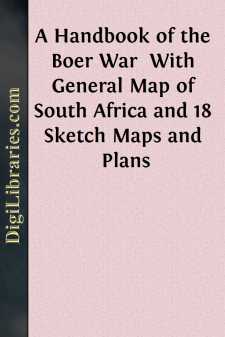 I. THE ROUNDHEADS OF SOUTH AFRICA

History often reproduces without reference to nationality some particular human type or class which becomes active and predominant for a time, and fades away when its task is finished. It is, however, not utterly lost, for the germ of it lies dormant yet ready to re-appear when the exigencies of the moment recall it. The reserve forces of human nature are inexhaustible and inextinguishable.

It is probable that few of the Boers had ever heard of Oliver Cromwell, or that his life and times had ever been studied in the South African Republics, and had influenced the Boer action; yet the affinity of the South African burghers of the XIXth century with the Puritans and the Roundheads of the XVIIth is striking. It was not so much a parallelism of aims and hopes, for the struggle in England was political and not national as in South Africa, as of temperament, character, and method. There was hardly an individuity in the Boers of the War which might not have been found in the followers of Cromwell. Like these they were fanatically but sincerely religious, and their unabashed and fearless adherence to their beliefs and their open observance of the outward forms of religion exposed them to the same cruel and baseless charge of hypocrisy. Just as the aristocratic followers of Charles I had jeered at the Roundheads, so did every thoughtless officer and newspaper correspondent jeer at the psalm-singing and the prayer meetings in the laagers. The Boers had the courage of their religious opinions, and were not ashamed to proclaim them in the face of man. The Bible was the only book they knew, and they guided themselves according to their lights by its precepts. In opposing the English they believed that they were resisting the enemies of the Almighty. Like the Puritans they honestly thought that certain passages in the Holy Scriptures applied to them as the Chosen People, and that they were assured of Divine Protection; and if they erred in their exegesis their delusion at least deserves respect. Yet all the while the Old Testament was the volume they chiefly studied, and if they quoted the New Testament they sometimes modified the context to their own advantage.

Each Puritan movement has derived its strength not so much from its abstract merit as from the intense personal conviction felt by each unit engaged in it, that the righteousness of the cause was unassailable. The Puritan never wavered in philosophic doubt. No misgivings disturbed his soul, and he pursued his object with all the strength of his body.

The Puritan stir in the reign of Charles I was a revival, almost a continuation, of the half political, half religious activity which in the previous century had effected the Reformation. The Boer movement in South Africa, which sprang up after a germination lasting three generations, was brought about by a recrudescence of the spirit which made the Boers of the Netherlands rise against Alva and the Spanish domination in the XVIth century.

In the XVIIth century the Boers of the Netherlands, made a voluntary settlement in South Africa, and there under the Southern Cross they were joined by French Puritans, who had fought under Condé and who left their country after the revocation of the Edict of Nantes, and also by some persecuted sectaries from Piedmont....