A Child's Primer Of Natural History 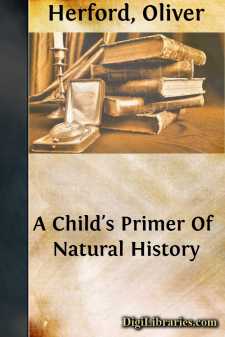 SEE the Gi-raffe; he is so tallThere is not room to get him allU-pon the page. His head is high-er—The pic-ture proves it—than the Spire.That's why the na-tives, when they raceTo catch him, call it stee-ple-chase.His chief de-light it is to setA good example: shine or wetHe rises ere the break of day,And starts his break-fast right away.His food has such a way to go,—His throat's so very long,—and soAn early break-fast he must munchTo get it down ere time for lunch.