A Book of English Prose Part II, Arranged for Secondary and High Schools 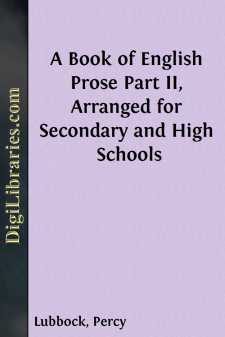 And so, as Sir Mordred was at Dover with his host, there came King Arthur with a great navy of ships, galleys, and carracks. And there was Sir Mordred ready waiting upon his landing, to let his own father to land upon the land that he was king of. Then was there launching of great boats and small, and all were full of noble men of arms; and there was much slaughter of gentle knights, and many a full bold baron was laid full low on both parties. But King Arthur was so courageous, that there might no manner of knight let him to land, and his knights fiercely followed him, and so they landed maugre Sir Mordred and all his power, and put Sir Mordred back, that he fled and all his people. So when this battle was done, King Arthur let bury his people that were dead. And then was the noble knight Sir Gawaine found in a great boat, lying more than half dead. When King Arthur wist that Sir Gawaine was laid so low, he went unto him; and there the king made sorrow out of measure, and took Sir Gawaine in his arms, and thrice he swooned. And when he came to himself again, he said, "Alas! my sister's son, here now thou liest, the man in the world {2} that I loved most, and now is my joy gone. For now, my nephew Sir Gawaine, I will discover me unto your person. In Sir Launcelot and you I most had my joy and mine affiance, and now have I lost my joy of you both, wherefore all mine earthly joy is gone from me." "My uncle King Arthur," said Sir Gawaine, "wit you well that my death's day is come, and all is through mine own hastiness and wilfulness, for I am smitten upon the old wound that Sir Launcelot du Lake gave me, of the which I feel that I must die; and if Sir Launcelot had been with you as he was, this unhappy war had never begun, and of all this I myself am causer; for Sir Launcelot and his blood, through their prowess, held all your cankered enemies in subjection and danger. And now," said Sir Gawaine, "ye shall miss Sir Launcelot. But alas! I would not accord with him; and therefore," said Sir Gawaine, "I pray you, fair uncle, that I may have paper, pen, and ink, that I may write unto Sir Launcelot a letter with mine own hands." And when paper and ink was brought, Sir Gawaine was set up weakly by King Arthur, for he had been shriven a little before; and he wrote thus unto Sir Launcelot: "Flower of all noble knights that ever I heard of or saw in my days, I, Sir Gawaine, King Lot's son of Orkney, sister's son unto the noble King Arthur, send unto thee greeting, and let thee have knowledge, that the tenth day of May I was smitten upon the old wound which thou gavest me before the city of Benwick, and through the same wound that thou gavest me I am come unto my death day, and I will that all the world wit that I Sir Gawaine, Knight of the Round Table, sought my death, and not through thy deserving, {3} but it was mine own seeking; wherefore I beseech thee, Sir Launcelot, for to return again unto this realm and see my tomb, or pray some prayer more or less for my soul....