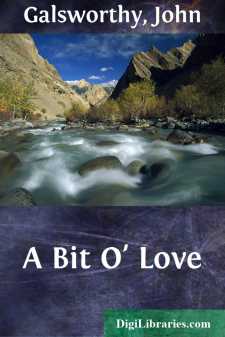 ACT I It is Ascension Day in a village of the West. In the lowpanelled hall-sittingroom of the BURLACOMBE'S farmhouse on thevillage green, MICHAEL STRANGWAY, a clerical collar round histhroat and a dark Norfolk jacket on his back, is playing theflute before a very large framed photograph of a woman, which isthe only picture on the walls. His age is about thirty-five hisfigure thin and very upright and his clean-shorn face thin,upright, narrow, with long and rather pointed ears; his darkhair is brushed in a coxcomb off his forehead. A faint smilehovers about his lips that Nature has made rather full and hehas made thin, as though keeping a hard secret; but his brightgrey eyes, dark round the rim, look out and upwards almost as ifhe were being crucified. There is something about the whole ofhim that makes him seen not quite present. A gentle creature,burnt within.A low broad window above a window-seat forms the background tohis figure; and through its lattice panes are seen the outergate and yew-trees of a churchyard and the porch of a church,bathed in May sunlight. The front door at right angles to thewindow-seat, leads to the village green, and a door on the leftinto the house.It is the third movement of Veracini's violin sonata thatSTRANGWAY plays. His back is turned to the door into the house,and he does not hear when it is opened, and IVY BURLACOMBE, thefarmer's daughter, a girl of fourteen, small and quiet as amouse, comes in, a prayer-book in one hand, and in the other agloss of water, with wild orchis and a bit of deep pinkhawthorn. She sits down on the window-seat, and having openedher book, sniffs at the flowers. Coming to the end of themovement STRANGWAY stops, and looking up at the face on thewall, heaves a long sigh.

IVY. [From the seat] I picked these for yu, Mr. Strangway.

STRANGWAY. [Turning with a start] Ah! Ivy. Thank you. [He puts his flute down on a chair against the far wall] Where are the others?

As he speaks, GLADYS FREMAN, a dark gipsyish girl, and CONNIETRUSTAFORD, a fair, stolid, blue-eyed Saxon, both about sixteen,come in through the front door, behind which they have evidentlybeen listening. They too have prayer-books in their hands.They sidle past Ivy, and also sit down under the window.

He turns to a book-case on a table against the far wall, andtaking out a book, finds his place in it. While he stands thuswith his back to the girls, MERCY JARLAND comes in from thegreen. She also is about sixteen, with fair hair and china-blueeyes. She glides in quickly, hiding something behind her, andsits down on the seat next the door. And at once there is awhispering.

STRANGWAY. Now, yesterday I was telling you what our Lord's coming meant to the world. I want you to understand that before He came there wasn't really love, as we know it....