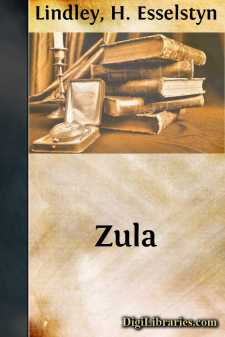 CHAPTER I. THE ARREST.

“Oh, you little wretch! What are you about? You dreadfully sinful little creature. Police, police!”

The speaker, a richly dressed woman, was just entering the spacious dining-room, as she caught sight of a dusky little form in the act of taking a set of silver spoons from the heavy gold-lined holder. The child raised a pair of coal-black eyes to the lady’s face as she turned to pass out of the dining-room door, which had been left open to let in the cool June breeze; but as she was about to cross the threshold she was seized by the strong hands of a policeman, who had answered Mrs. Wilmer’s call, and the silver was scattered in a dozen different directions.

“Did you ever see such a bold little creature in all your life? Who would have thought she would dare come in here, right in broad daylight, and steal my spoons off the table? Why, it’s awful!”

“It’s lucky you caught her at it,” said the officer, “for she is as quick as a deer, and saucy enough, no doubt, but never mind, we’ll put the little jade where she won’t steal anything again for a day or two, at least.” He took her roughly by the shoulder in the attempt to lead her away.

“Oh, don’t be too hard on her, mother,” said a young man who had followed her into the room, “perhaps she did not know just how wicked it was.”

His fine eyes looked pityingly on the child, who could not have been more than ten years of age.

“Oh, nonsense, sir, that is too old a story. She is old enough to have some sense, the young gypsy. I have seen too many of these young burglars to be fooled by ’em. It won’t do to encourage ’em.”

“Why, Scott,” said Mrs. Wilmer, “are you crazy? Indeed you must do nothing of the kind.”

“By no means,” said the policeman. “She mustn’t be let go to do the same thing without a lesson to teach her what it means.”

The child turned her large black eyes full upon the face of the young man. Every feature of his face was indelibly stamped upon her memory in that one searching glance.

“Come, don’t be looking back so eagerly,” said the officer, “you won’t find anything more that you can get your little brown hands on; you can’t steal the gentleman’s diamond pin if you do look so sharp at it.”

The black eyes flashed indignantly and the long purple-black braid which hung down her back shook as she raised her eyes to the officer’s face, giving her head a proud toss, and with the sauciest pucker of the small red mouth and a scornful ring in her voice, she said:

“I didn’t know he had a diamond pin. I was only looking at his face; it looks so kind, I’m sure I couldn’t steal that, but yours don’t look kind. I guess you like to punish little girls; you look like a great cross bear.”

“Take care, I’ll let you know what I am. I don’t have any notion of being kind to such little imps as you are. There’s a way to take care of little burglars.”