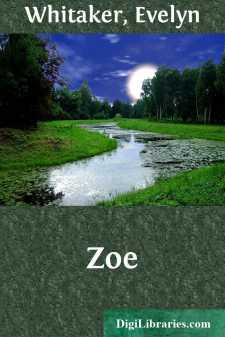 ath this child been already baptised, or no?'

'No, she ain't; leastwise we don't know as how she 've been or no, so we thought as we 'd best have her done.'

The clergyman who was taking Mr Clifford's duty at Downside for that Sunday, thought that this might be the usual undecided way of answering among the natives, and proceeded with the service. There were two other babies also brought that afternoon, one of which was crying lustily, so that it was not easy to hear what the sponsors answered; and, moreover, the officiating clergyman was a young man, and the prospect of holding that screaming, red-faced, little object made him too nervous and anxious to get done with it to stop and make further inquiries.

The woman who returned this undecided answer was an elderly woman, with a kind, sunburnt, honest face, very much heated just now, and embarrassed too; for the baby in her arms prevented her getting at her pocket handkerchief to wipe the perspiration from her brow and pulling her bonnet on to its proper position on her head. The man beside her was also greatly embarrassed, and kept shuffling his large hob-nailed shoes together, and turning his hat round and round in his fingers.

I think that really that hat was the chief cause of his discomfort, for he was so accustomed to have it on his head that he could not feel quite himself without it; and, indeed, his wife could hardly recognise him, as she had been accustomed to see him wearing it indoors and out during the twenty years of their married life; pushed back for meals or smoking, but always on his head, except in bed, and even there, report says, on cold winter nights, he had recourse to it to keep off the draught from that cracked pane in the window. His face, like his wife's, was weatherbeaten, and of the same broad, flat type as hers, with small, surprised, dazzled-looking, pale blue eyes, and a tangle of grizzled light hair under his chin. He was noticeable for the green smock-frock he wore, a garment which is so rapidly disappearing before the march of civilisation, and giving place to the ill-cut, ill-made coat of shoddy cloth, which is fondly thought to resemble the squire's.

The christening party was completed by a hobbledehoy lad of about sixteen, who tried to cover his invincible shyness by a grin, and to keep his foolish eyes from the row of farm boys in the aisle, whose critical glances he felt in every pore. He was so like both father and mother, that there was no mistaking his parentage; but when Mrs Gray took off the shepherd's-plaid shawl in which the baby was wrapped, such a little dark head and swarthy face were exposed to view as might have made intelligent spectators (if there were any in Downside church that afternoon, which I doubt) reflect on the laws of heredity and reversion to original types.

The clergyman had got successfully through his business with the roaring George Augustus and the whimpering Alberta Florence, and had now the little, quiet, brown-faced baby in his arms....