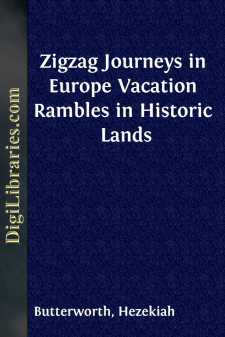 The words fell hesitatingly, and it seemed to us regretfully, from the tutor’s lips.

The dismission was for the spring vacation. It was at the close of a mild March day; there was a peculiar warmth in the blue sky and cloudless sunset; the south winds lightly stirred the pines, and through the open window wandered into the school-room.

Usually at this word, on the last day of the term, every boy leaped to his feet: there would be a brief bustle, then Master Lewis would be seen seated alone amid the silence of the school-room.

But to-day there was something in the tone of the master’s voice that checked the usual unseemly haste. Every boy remained in his seat, as though waiting for Master Lewis to say something more.

The master saw it, and choked with feeling. It was a little thing, the seeming unwillingness to part; but it indicated to both teacher and school an increasing respect and affection.

Master Lewis had learned to love his pupils: his hesitating words told them that. Every boy in his school loved Master Lewis: their conduct in remaining in their seats told him that.

The master stepped from his desk, as was his custom when about to say any thing unusually social and confidential.

“Boys,” he said, “I wish to tell you frankly, and you deserve to know it, that I have become so attached to you during the winter term that I am sorry to part from you, even for a week’s vacation.”

“I wish we might pass the vacation together,” said Frank Gray,—meaning by “we” the teacher and the school.

“I once read of a French teacher,” said Ernest Wynn, “who used to travel with his scholars in the neighboring countries, during vacations.”

“Wouldn’t it be just grand if we could travel with Master Lewis during our summer vacation!” said Tom Toby, who, although the dullest scholar in the school, always became unexpectedly bright over any plan that promised an easy time.

“We might visit some country in Europe,” said Ernest. “We should then be learning geography and history, and so our education would go on.”

“It would help us also in the study of modern languages,” said Frank Gray.

Tom Toby’s sudden brightness of face seemed to be eclipsed by these last remarks.

“I think we had better travel in places nearer home, then.”

“I was seasick once: it was orful.”

“The sickness is a short and healthy one,” said Frank.

“You will find it a healthy one, if you ever are rolling on the Atlantic, with

I wouldn’t be sick in that way again for any thing. I tell you ’twas orful!”

“As to learning the languages,” continued Tom, “I’ve noticed all the Frenchmen and Germans I have tried to talk with speak their own language very poorly.”

Tom’s percentages in the modern languages were the lowest of his class, and Master Lewis could not restrain a smile.

“I once tried to make a Frenchman understand that I thought Napoleon Bonaparte was the greatest man that ever lived. He kept saying, Cela va sans dire, cela va sans dire! [That is a matter of course.] I never knew what he meant, to say: all I could make of it was, That goes without saying any thing.”

“The French teacher of whom I spoke,” said Ernest Wynn, “used to allow his pupils to travel much on foot, and to visit such places as their love of history, geography, and natural science, made them most wish to see. So they journeyed in a zigzag way, and published a book called ‘Voyages en zigzag.’”

“I would not object to learning history, geography, and natural science in that way,” said Tom Toby....