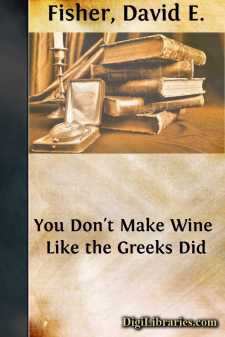 On the sixty-third floor of the Empire State Building is, among others of its type, a rather small office consisting of two rooms connected by a stout wooden door. The room into which the office door, which is of opaque glass, opens, is the smaller of the two and serves to house a receptionist, three not-too-comfortable armchairs, and a disorderly, homogeneous mixture of Life's, Look's and New Yorker's.

Donald was determined to make Mimi go back to their world—dead or alive!

The receptionist is a young woman, half-heartedly pretty but certainly chic in the manner of New York's women in general and of its working women in particular, perhaps in her middle twenties, with a paucity of golden hair which is kept clinging rather back on her skull by an intricate network of tortoise-shell combs and invisible pins. She is engaged to a man who is in turn engaged in a position for an advertising firm just thirty-seven stories directly below her. Her name is Margaret. She often, in periods when the immediate consummation of the work on her desk is not of paramount importance, as is often the case, gazes somnolently at the floor beside her large walnut desk, hoping to catch a lurking image of her beloved only thirty-seven stories away. She rarely succeeds in viewing him through the intervening spaces, but she does not tire of trying; it is a pleasant enough diversion. There is an electronics firm just five stories above her fiance, and perhaps, she reasons, there is interference of a sort here. Someday maybe she will catch them with all their tubes off. Margaret is a romantic, but she is engaged and thus is entitled.

Beyond the entrance that is guarded by the stout wooden door is a larger room, darker, quieter, one step more removed from the hurrying hallway. A massive but neat desk is placed before the one set of windows, the blinds of which are kept closed but tilted toward the sky so that an aura of pale light is continually seeping through. The main illumination comes from several lamps placed in strategic corners, their bulbs turned away from the occupants of the room.

To one side of the desk is a comfortable-looking deep chair, with leather arms and a back quite high enough to support one's head. In front of this is the traditional couch, armless but well-upholstered and comfortable. At the moment Dr. Victor Quink was sitting not in the deep chair but in the swivel chair behind the desk. His glasses were lying on the desk next to his feet, the chair was pushed back as far as it might safely be, his arms were stretched out to their extremity, and his mouth was straining open, as if to split his cheeks. Dr. Quink was yawning.

His method of quick relaxation was that of the blank mind; he was at this very moment forcibly evicting all vestiges of thought from his head; he was concentrating intently on black, on depth, on absolute silence. He was able to maintain this discipline for perhaps a second, or a second and a half at most, and then his mind began, imperceptibly at the first, to slip off along a path of its own liking, leading Dr. Quink quietly and unprotestingly along. The path is narrow, crinkly, bending back upon itself. It is not a path for vehicles, but one worn by a single pair of boots, plodding patiently, slowly, wearily. The path runs, or creeps, through a wild and desolate district where hardly more than a single blade of grass shoots up at random from the bottomless drift-sand....