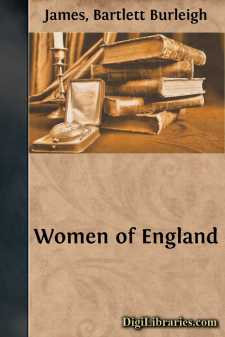 The Women of Prehistoric Britain

It is to the unpremeditated contributions of savage and barbarous conditions of existence that we must look for those primal elements of social order which became fundamental in English life and character. Insomuch as those contributions are intimately connected with woman's life and work, they must be sought out and set in order if we are to trace the development of the status of the women of Britain. In doing this, the confines of history proper must be disregarded and the inquiry commenced at the earliest period at which the student of the geology of Britain has been able to discover evidences of human occupancy of the country. If a consecutive account of the history of woman in Britain were intended, we should be content to begin the story with the woman of the Neolithic or Polished Stone Age, for to such remote times may be traced the stream of life and institutions in England; but, as we shall aim not solely at consecutiveness, but at completeness as well in our record of woman's life in the British Isles, it will be necessary to go back even further into the geologic ages, when Britain was still a part of the mainland and its inhabitants the same roving savage tribes that wandered over all central Europe.

From those barren ages of the Pleistocene era, which were cut off from the Neolithic by great stretches of time that cannot be certainly calculated, and during which there was a lapse in the human occupancy of the country, little of value can be derived. Their chief worth for our purpose is the picture which they present of the initial stage of human organization, the study they afford of woman in her relations to a thoroughly savage stage of society, an era of hunting—that of the Paleolithic or Rough Stone Age, when there was fixity neither of residence nor of relations, and when man's contest with savage nature about him was dependent in its issues upon the slight advantage furnished him by the rude weapons that he fashioned from flint flakes. During the Polished Stone era, when inhabitants are next met with in Britain, the social organization presented is that of the pastoral stage, which marks a great advance over the hunting.

In all the progressions of uncivilized life, woman is but a part of the phenomena of her times, but in the history of English civilization she appears as one of its most active forces. These, then, are the two correlated views of woman in the history of English life that will be constantly held in mind during our whole study,—woman as a social fact, and woman as a social factor; showing her as a product, as affected by the customs, laws, or manners of a given time, and again as an influencing factor in the institutions or the manners of those times. Had her life been as circumscribed as that of the women of a cultured people, English civilization would not owe to woman the recognition which is her due as a creative force in the arts, in science, in literature, in religion, and in all the ever-widening circle of human interests....