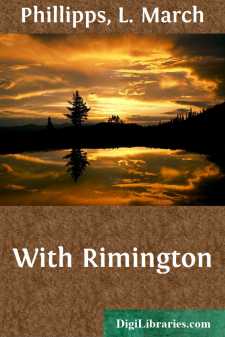 The sun is just rising on Orange River Camp. Our tents are pitched on the slopes of white sand, soft and deep, into which you sink at every step, that stretch down to the river, dotted with a few scraggy thorn-trees. There are men round me, sleeping about on the sand, rolled in their dark brown blankets, like corpses laid out, covered from head to foot, with the tight folds drawn over their feet and over their heads. A few bestir themselves, roll, and stretch, and draw back the covering from their sleepy, dusty faces. The first sunbeams begin to creep along the ground and turn the cold sand yellow.

I am beginning this letter in the shade of a mimosa. The whole scene reminds me very much of Egypt; and you might easily believe that you were sitting on the banks of the Nile somewhere between the first and second cataract. There are the same white, sandy banks, the same narrow fringe of verdure on each side, the same bareness and treelessness of the surrounding landscape, the same sun-scorched, stony hillocks; in fact, the whole look of the place is almost identical. The river, slow and muddy, is a smaller Nile; there only wants the long snout and heavy, slug-like form of an old crocodile on the spit of sand in the middle to make the likeness complete. And over all the big arch of the pure sky is just the same too.

Our camp grows larger and rapidly accumulates, like water behind a dam, as reinforcements muster for the attack. Methuen commands. We must be about 8000 strong now, and are expecting almost hourly the order to advance. Below us De Aar hums like a hive. From a deserted little wayside junction, such as I knew it first, it has blossomed suddenly into a huge depôt of all kinds of stores, provisions, fodder, ammunition, and all sorts of material for an important campaign. Trains keep steaming up with more supplies or trucks crowded with khaki-clad soldiers, or guns, khaki painted too, and the huge artillery horses that the Colonials admire so prodigiously. Life is at high pressure. Men talk sharp and quick, and come to the point at once. Foreheads are knit and lips set with attention. Every one you see walks fast, or, if riding, canters. There is no noise or confusion, but all is strenuous, rapid preparation.

Do you know Colonials? In my eight months of mining life at Johannesburg I got to know them well. England has not got the type. The Western States of America have it. They are men brought up free of caste and free of class. When you come among Colonials, forget your birth and breeding, your ancestral acres and big income, and all those things which carry such weight in England. No forelocks are pulled for them here; they count for nothing. Are you wide-awake, sharp, and shrewd, plucky; can you lead? Then go up higher. Are you less of these things? Then go down lower. But always among these men it is a position simply of what you are in yourself. Man to man they judge you there as you stand in your boots; nor is it very difficult, officer or trooper, or whatever you are, to read in their blunt manners what their judgment is. It is lucky for our corps that it has in its leader a man after its own heart; a man who, though an Imperial officer, cares very little for discipline or etiquette for their own sakes; who does not automatically assert the authority of his office, but talks face to face with his men, and asserts rather the authority of his own will and force of character. They are much more ready to knock under to the man than they would be to the mere officer. In his case they feel that the leader by office and the leader by nature are united, and that is just what they want.

There are Colonials out here, as one has already come to see, of two tolerably distinct types. These you may roughly distinguish as the money-making Colonials and the working Colonials. The money-making lot flourish to some extent in Kimberley, but most of all in Johannesburg. You are soon able to recognise his points and identify him at a distance....