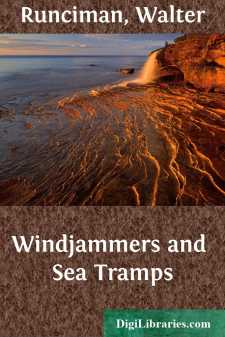 It was a bad day for Spain when Philip allowed the "Holy Office" to throw Thomas Seeley, the Bristol merchant, into a dungeon for knocking down a Spaniard who had uttered foul slanders against the Virgin Monarch of England. Philip did not heed the petition of the patriot's wife, of which he must have been cognisant. Elizabeth refused the commission Dorothy Seeley petitioned for, but, like a sensible lady, she allowed her subjects to initiate their own methods of revenge. Subsequent events show that she had no small share in the introduction of a policy that was ultimately to sweep the Spaniards off the seas, and give Britain the supremacy over all those demesnes. This was the beginning of a distinguished partnership composed of Messieurs John Hawkins and his kinsman Francis Drake, and of Elizabeth their Queen. Elizabeth did not openly avow herself one of the partners; she would have indignantly denied it had it been hinted at; yet it is pretty certain that the cruises of her faithful Hawkins and Drake substantially increased her wealth, while they diminished that of Spanish Philip and that of his subjects too. Long before the Armada appeared resplendent in English waters, commanded by that hopeless, blithering landlubber, the Duke of Medina Sidonia, who with other sons of Spain was sent forth to fight against Britain for "Christ and our Lady," there had been trained here a race of dare-devil seamen who knew no fear, and who broke and vanquished what was reckoned, till then, the finest body of sailors in the whole world. That our sailors have maintained the reputation achieved in the destruction of the great Spanish Armada is sometimes disputed. I am one of those who trust that British seamen would be worthy of British traditions were they even now put to the test by some powerful invader. To suppose that the men who smothered the Armada, or those who broke the fleets of Spain and France at Trafalgar, were more courageous than those of our day would be found in similar circumstances, is arrant folly. In smaller things we can see the same sterling qualities shown by members of our Navy now as their forebears exhibited of old. The impressive yet half comic character of the religion that guided the lives of seamen during Drake's time has been faithfully handed down like an heirloom to the genuine old salt of our own time.

The great Admiral had inconsistencies of character, and conduct that would seem to live on in more or less elevated examples up till now. He conducted himself in regal style on his long voyages, dressing in an imposing way for dinner, during which he commanded fine music to be played—for at that day England was the home par excellence of music—and no food was eaten at his table until the blessing of the Almighty had been asked upon it, and "thanks" was solemnly offered ere rising. The Holy Sacrament was partaken by him with Doughty the Spanish spy. The latter, after being kissed by Drake, was then made to lay his head on the block, and thereafter no more was heard of him....