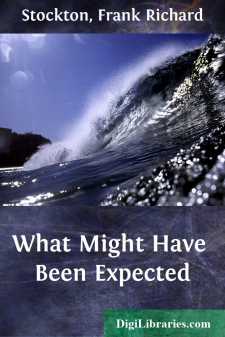 CHAPTER I. Harry Loudon Makes Up His Mind.

On a wooden bench under a great catalpa-tree, in the front yard of a comfortable country-house in Virginia, sat Harry and Kate Loudon worrying their minds. It was all about old Aunt Matilda.

Aunt Matilda was no relation of these children. She was an old colored woman, who lived in a cabin about a quarter of a mile from their house, but they considered her one of their best friends. Her old log cabin was their favorite resort, and many a fine time they had there. When they caught some fish, or Harry shot a bird or two, or when they could get some sweet potatoes or apples to roast, and some corn-meal for ash-cakes, they would take their provisions to Aunt Matilda and she would cook them. Sometimes an ash-cake would be baked rather harder than it was convenient to bite, and it had happened that a fish or two had been cooked entirely away, but such mishaps were not common. Aunt Matilda was indeed a most wonderful cook—and a cook, too, who liked to have a boy and a girl by her while she was at work; and who would tell them stories—as queer old stories as ever were told—while the things were cooking. The stories were really the cause of the ash-cakes and fish sometimes being forgotten.

And it is no wonder that these children were troubled in their minds. They had just heard that Aunt Matilda was to go to the alms-house.

Harry and Kate were silent. They had mourned over the news, and Kate had cried. There was nothing more to be done about it, so far as she could see.

But all of a sudden Harry jumped up. "I tell you what it is Kate," he exclaimed; "I've made up my mind! Aunt Matilda is not going to the alms-house. I will support her myself!"

"Oh, that will be splendid!" cried Kate; "but you can never do it!"

"Yes, I can," said Harry. "There are ever so many ways in which I can earn money."

"Yes," said her brother; "you may help if you can, but I don't think you will be of much use. As for me, I shall do plenty of things. I shall go out with my gun—"

"But there is nothing to shoot, now in the summer-time," said Kate.

"No, there isn't much yet, to be sure," said her brother, "but before very long there will be partridges and hares, plenty of them; and father and Captain Caseby will buy all I shoot. And you see, until it is time for game I'm going to gather sumac."

"Yes, I believe you can," said her brother. "And now, suppose we go down and see Aunt Matilda, and have a talk with her about it."

"Just wait until I get my bonnet," said Kate. And she dashed into the house, and then, with a pink calico sun-bonnet on her head, she came down the steps in two jumps, and the brother and sister, together, hurried through the woods to Aunt Matilda's cabin.

Harry and Kate Loudon were well-educated children, and, in many respects, knew more than most girls and boys who were older than they. Harry had been taught by his father to ride and to swim and to shoot as carefully as his school-teacher had taught him to spell and to parse....