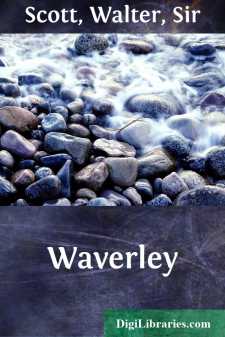 GENERAL PREFACE TO THE WAVERLEY NOVELS

Having undertaken to give an Introductory Account of the compositions which are here offered to the public, with Notes and Illustrations, the Author, under whose name they are now for the first time collected, feels that he has the delicate task of speaking more of himself and his personal concerns than may perhaps be either graceful or prudent. In this particular he runs the risk of presenting himself to the public in the relation that the dumb wife in the jest-book held to her husband, when, having spent half of his fortune to obtain the cure of her imperfection, he was willing to have bestowed the other half to restore her to her former condition. But this is a risk inseparable from the task which the Author has undertaken, and he can only promise to be as little of an egotist as the situation will permit. It is perhaps an indifferent sign of a disposition to keep his word, that, having introduced himself in the third person singular, he proceeds in the second paragraph to make use of the first. But it appears to him that the seeming modesty connected with the former mode of writing is overbalanced by the inconvenience of stiffness and affectation which attends it during a narrative of some length, and which may be observed less or more in every work in which the third person is used, from the Commentaries of Caesar to the Autobiography of Alexander the Corrector.

I must refer to a very early period of my life, were I to point out my first achievements as a tale-teller; but I believe some of my old schoolfellows can still bear witness that I had a distinguished character for that talent, at a time when the applause of my companions was my recompense for the disgraces and punishments which the future romance-writer incurred for being idle himself, and keeping others idle, during hours that should have been employed on our tasks. The chief enjoyment of my holidays was to escape with a chosen friend, who had the same taste with myself, and alternately to recite to each other such wild adventures as we were able to devise. We told, each in turn, interminable tales of knight-errantry and battles and enchantments, which were continued from one day to another as opportunity offered, without our ever thinking of bringing them to a conclusion. As we observed a strict secrecy on the subject of this intercourse, it acquired all the character of a concealed pleasure, and we used to select for the scenes of our indulgence long walks through the solitary and romantic environs of Arthur's Seat, Salisbury Crags, Braid Hills, and similar places in the vicinity of Edinburgh; and the recollection of those holidays still forms an oasis in the pilgrimage which I have to look back upon. I have only to add, that my friend still lives, a prosperous gentleman, but too much occupied with graver business to thank me for indicating him more plainly as a confidant of my childish mystery....