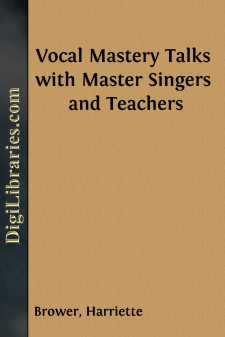 I ENRICO CARUSO THE VALUE OF WORK

Enrico Caruso! The very name itself calls up visions of the greatest operatic tenor of the present generation, to those who have both heard and seen him in some of his many rôles. Or, to those who have only listened to his records, again visions of the wonderful voice, with its penetrating, vibrant, ringing quality, the impassioned delivery, which stamps every note he sings with the hall mark of genius, the tremendous, unforgettable climaxes. Not to have heard Caruso sing is to have missed something out of life; not to have seen him act in some of his best parts is to have missed the inspiration of great acting. As Mr. Huneker once wrote: "The artistic career of Caruso is as well known as that of any great general or statesman; he is a national figure. He is a great artist, and, what is rarer, a genuine man."

And how we have seen his art grow and ripen, since he first began to sing for us. The date of his first appearance at the Metropolitan Opera House, New York, was November 23rd, 1903. Then the voice was marvelous in its freshness and beauty, but histrionic development lagged far behind. The singer seemed unable to make us visualize the characters he endeavored to portray. It was always Caruso who sang a certain part; we could never forget that. But constant study and experience have eliminated even this defect, so that to-day the singer and actor are justly balanced; both are superlatively great. Can any one who hears and sees Caruso in the rôle of Samson, listen unmoved to the throbbing wail of that glorious voice and the unutterable woe of the blind man's poignant impersonation?

Enrico Caruso was born in Naples, the youngest of nineteen children. His father was an engineer and the boy was taught the trade in his father's shop, and was expected to follow in his father's footsteps. But destiny decreed otherwise. As he himself said, to one listener:

"I had always sung as far back as I can remember, for the pure love of it. My voice was contralto, and I sang in a church in Naples from fourteen till I was eighteen. Then I had to go into the army for awhile. I had never learned how to sing, for I had never been taught. One day a young officer of my company said to me: 'You will spoil your voice if you keep on singing like that'—for I suppose I was fond of shouting in those days. 'You should learn how to sing,' he said to me; 'you must study.' He introduced me to a young man who at once took an interest in me and brought me to a singing master named Vergine. I sang for him, but he was very discouraging. His verdict was it would be hopeless to try to make a singer out of me. As it was, I might possibly earn a few lire a night with my voice, but according to his idea I had far better stick to my father's trade, in which I could at least earn forty cents a day.

"But my young friend would not give up so easily. He begged Vergine to hear me again. Things went a little better with me the second time and Vergine consented to teach me.