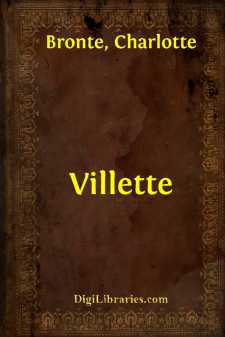 My godmother lived in a handsome house in the clean and ancient town of Bretton. Her husband's family had been residents there for generations, and bore, indeed, the name of their birthplace—Bretton of Bretton: whether by coincidence, or because some remote ancestor had been a personage of sufficient importance to leave his name to his neighbourhood, I know not.

When I was a girl I went to Bretton about twice a year, and well I liked the visit. The house and its inmates specially suited me. The large peaceful rooms, the well-arranged furniture, the clear wide windows, the balcony outside, looking down on a fine antique street, where Sundays and holidays seemed always to abide—so quiet was its atmosphere, so clean its pavement—these things pleased me well.

One child in a household of grown people is usually made very much of, and in a quiet way I was a good deal taken notice of by Mrs. Bretton, who had been left a widow, with one son, before I knew her; her husband, a physician, having died while she was yet a young and handsome woman.

She was not young, as I remember her, but she was still handsome, tall, well-made, and though dark for an Englishwoman, yet wearing always the clearness of health in her brunette cheek, and its vivacity in a pair of fine, cheerful black eyes. People esteemed it a grievous pity that she had not conferred her complexion on her son, whose eyes were blue—though, even in boyhood, very piercing—and the colour of his long hair such as friends did not venture to specify, except as the sun shone on it, when they called it golden. He inherited the lines of his mother's features, however; also her good teeth, her stature (or the promise of her stature, for he was not yet full-grown), and, what was better, her health without flaw, and her spirits of that tone and equality which are better than a fortune to the possessor.

In the autumn of the year —— I was staying at Bretton; my godmother having come in person to claim me of the kinsfolk with whom was at that time fixed my permanent residence. I believe she then plainly saw events coming, whose very shadow I scarce guessed; yet of which the faint suspicion sufficed to impart unsettled sadness, and made me glad to change scene and society.

Time always flowed smoothly for me at my godmother's side; not with tumultuous swiftness, but blandly, like the gliding of a full river through a plain. My visits to her resembled the sojourn of Christian and Hopeful beside a certain pleasant stream, with "green trees on each bank, and meadows beautified with lilies all the year round." The charm of variety there was not, nor the excitement of incident; but I liked peace so well, and sought stimulus so little, that when the latter came I almost felt it a disturbance, and wished rather it had still held aloof.

One day a letter was received of which the contents evidently caused Mrs. Bretton surprise and some concern. I thought at first it was from home, and trembled, expecting I know not what disastrous communication: to me, however, no reference was made, and the cloud seemed to pass....