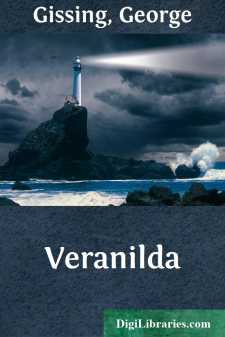 CHAPTER I THE VANQUISHED ROMAN

Seven years long had the armies of Justinian warred against the Goths in Italy. Victor from Rhegium to Ravenna, the great commander Belisarius had returned to the East, Carrying captive a Gothic king. The cities of the conquered land were garrisoned by barbarians of many tongues, who bore the name of Roman soldiers; the Italian people, brought low by slaughter, dearth, and plague, crouched under the rapacious tyranny of governors from Byzantium.

Though children born when King Theodoric still reigned had yet scarce grown to manhood, that golden age seemed already a legend of the past. Athalaric, Amalasuntha, Theodahad, last of the Amal blood, had held the throne in brief succession and were gone; warriors chosen at will by the Gothic host, mere kings of the battlefield, had risen and perished; reduced to a wandering tribe, the nation which alone of her invaders had given peace and hope to Italy, which alone had reverenced and upheld the laws, polity, culture of Rome, would soon, it was thought, be utterly destroyed, or vanish in flight beyond the Alps. Yet war did not come to an end. In the plain of the great river there was once more a chieftain whom the Goths had raised upon their shields, a king, men said, glorious in youth and strength, and able, even yet, to worst the Emperor's generals. His fame increased. Ere long he was known to be moving southward, to have crossed the Apennines, to have won a battle in Etruria. The name of this young hero was Totila.

In these days the senators of Rome, heirs to a title whose ancient power and dignity were half-forgotten, abode within the City, under constraint disguised as honour, the conqueror's hostages. One among them, of noblest name, Flavius Anicius Maximus, broken in health by the troubles of the time and by private sorrow, languishing all but unto death in the heavy air of the Tiber, was permitted to seek relief in a visit to which he would of his domains in Italy. His birth, his repute, gave warrant of loyalty to the empire, and his coffers furnished the price put upon such a favour by Byzantine greed. Maximus chose for refuge his villa by the Campanian shore, vast, beautiful, half in ruin, which had been enjoyed by generations of the Anician family; situated above the little town of Surrentum it caught the cooler breeze, and on its mountainous promontory lay apart from the tramp of armies. Here, as summer burned into autumn, the sick man lived in brooding silence, feeling his strength waste, and holding to the world only by one desire.

The household comprised his unwedded sister Petronilla, a lady in middle age, his nephew Basil, and another kinsman, Decius, a student and an invalid; together with a physician, certain freedmen who rendered services of trust, a eunuch at the Command of Petronilla, and the usual body of male and female slaves. Some score of glebe-bound peasants cultivated the large estate for their lord's behoof. Notwithstanding the distress that had fallen upon the Roman nobility, many of whom were sunk into indigence, the chief of the Anicii still controlled large means; and the disposal of these possessions at his death was matter of interest to many persons—not least to the clergy of Rome, who found in the dying man's sister a piously tenacious advocate....