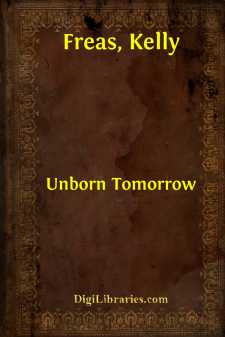 etty looked up from her magazine. She said mildly, "You're late."

"Don't yell at me, I feel awful," Simon told her. He sat down at his desk, passed his tongue over his teeth in distaste, groaned, fumbled in a drawer for the aspirin bottle.

He looked over at Betty and said, almost as though reciting, "What I need is a vacation."

"Providence," Simon told her whilst fiddling with the aspirin bottle, "will provide."

"Hm-m-m. But before providing vacations it'd be nice if Providence turned up a missing jewel deal, say. Something where you could deduce that actually the ruby ring had gone down the drain and was caught in the elbow. Something that would net about fifty dollars."

Simon said, mournful of tone, "Fifty dollars? Why not make it five hundred?"

"I'm not selfish," Betty said. "All I want is enough to pay me this week's salary."

"Money," Simon said. "When you took this job you said it was the romance that appealed to you."

"Hm-m-m. I didn't know most sleuthing amounted to snooping around department stores to check on the clerks knocking down."

There was a knock.

Betty bounced up with Olympic agility and had the door swinging wide before the knocking was quite completed.

He was old, little and had bug eyes behind pince-nez glasses. His suit was cut in the style of yesteryear but when a suit costs two or three hundred dollars you still retain caste whatever the styling.

The client fussed himself with Betty's assistance into the seat, bug-eyed Simon, said finally, "You know my name, that's pretty good. Never saw you before in my life. Stop fussing with me, young lady. Your ad in the phone book says you'll investigate anything."

"Anything," Simon said. "Only one exception."

"Excellent. Do you believe in time travel?"

Simon said nothing. Across the room, where she had resumed her seat, Betty cleared her throat. When Simon continued to say nothing she ventured, "Time travel is impossible."

Betty looked to her boss for assistance. None was forthcoming. There ought to be some very quick, positive, definite answer. She said, "Well, for one thing, paradox. Suppose you had a time machine and traveled back a hundred years or so and killed your own great-grandfather. Then how could you ever be born?"

"Confound it if I know," the little fellow growled. "How?"

Simon said, "Let's get to the point, what you wanted to see me about."

"I want to hire you to hunt me up some time travelers," the old boy said.

Betty was too far in now to maintain her proper role of silent secretary. "Time travelers," she said, not very intelligently.

The potential client sat more erect, obviously with intent to hold the floor for a time. He removed the pince-nez glasses and pointed them at Betty. He said, "Have you read much science fiction, Miss?"

"Then you'll realize that there are a dozen explanations of the paradoxes of time travel....