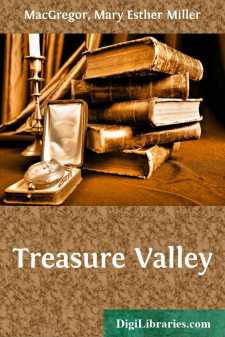 CHAPTER I THE HERMIT THRUSH SINGS

Then twilight falls with the touchOf a hand that soothes and stills,And a swamp-robin sings into lightThe lone white star of the hills.

Alone in the dusk he sings,And the joy of another dayIs folded in peace and borneOn the drift of years away.—BLISS CARMAN.

Other years, by the time the mid-June days were come, the little brook that sang through John McIntyre's pasture-field had shrunk to a mere jeweled thread of golden pools and silver shallows, with here and there only the bleached pebbles to mark its course. But this summer was of a new and wonderful variety. Just two or three brilliant, hot days, and then, as regular as the sun, up from the ocean's rim would rise dazzling cloud-mountains, piling themselves up and up into glorious towers and domes and battlements; and when the earth had begun to droop beneath the sun's blaze, with a great thunder signal they would fling their banners to the zenith, and pour from their dark heights a rain of silver spears, till the thirsty hills were drenched with bounty, and the valleys laughed and sang.

And so there had never before been such a June, not even in Acadia: such lavish wealth in orchard and garden, such abundant promise of harvest in fields choked with grain. And that was why John McIntyre's little brook ran brimful to the clumps of mint and sword-grass, high up on its banks, so content that it made no murmur as it slipped past the Acadian orchards to the sea.

John McIntyre leaned against the fence that bordered his hay-field, his feet deep in the soft grass at the water's edge. His straw hat was pushed back, showing the line where his white forehead met the tan of his face. His hands were in his pockets, a sprig of mint in his mouth; his eyes were half closed in lazy content.

Away down yonder, where the little stream met the ocean, the sun was sinking into the gleaming water, a great, fiery ball dropping from an empty sky. Far over in the east one lonely cloud reflected its glory, blossoming up from the darkening hills like a huge white rose, flushed with pink.

The fiery ball touched the ocean's rim, and the whole world kindled into a glory of color. The fading green fields brightened, quivered and glowed, as over them fell a veil of lilac mist. Through them wound the little river, a stream of molten gold. Just at John McIntyre's feet it passed lingeringly through a bed of rushes, where the dark green of the reeds turned the golden water to a glittering bronze. Their shadows wrought a marvelous pattern on the glossy surface, a magic piece of delicate bronze filagree such as nature alone could trace. Above it the swallows wheeled in the violet shadows, or soared up, flashing, into the amber light.

John McIntyre's eye followed their dizzy curves into the vast crystal dome. Yes; to-morrow would surely be a fine day. For to-morrow he was to take Mary and the children away down to that dazzling line of jewels on the horizon, where the winds and the waves of the Bay of Fundy tumbled about and buffeted one another joyously in the coolness of the ocean spray....