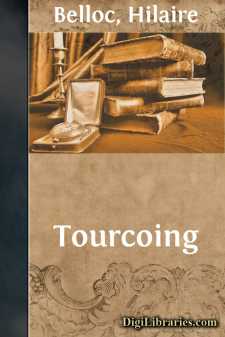 PART I THE POLITICAL CIRCUMSTANCE

The Battle of Tourcoing is one of those actions upon which European history in general is somewhat confused, and English history, in particular, ignorant.

That British troops formed part of those who suffered defeat, and that a British commander, the Duke of York, was the chief figure in the reverse, affords no explanation; for the almost exactly parallel case of Fontenoy—in which another royal duke, also the son of the reigning King of England, also very young, also an excellent general officer, and also in command was defeated—is among the most familiar of actions in this country. In both battles the posture of the British troops earned them as great and as deserved a fame as they had acquired in victory; in both was work done by the Guards in particular, which called forth the admiration of the enemy. Yet Tourcoing remains unknown to the English general reader of history, while Fontenoy is one of the few stock names of battles which he can at once recall.

The reason that British historians neglect this action is not, then, as foreign and rival historians are too inclined to pretend, due to the fact that among the forces that suffered disaster were present certain British contingents.

Again, as will be seen in the sequel, the overwhelming of the Duke of York’s forces at Tourcoing, by numbers so enormously superior to his own, was not due to any tactical fault of his, though it is possible that the faulty plan of the whole action may in some measure be ascribed to him.

Now Tourcoing is a battle which Englishmen should know, both for its importance in the military history of Europe, and for the not unworthy demeanour which the British troops, though defeated, maintained upon its field.

The true reason that Tourcoing is so little known in this country is to be discovered in that other historical fact attaching to the battle, which I have mentioned. It occupied but a confused and an uncertain place in the general history of Europe; though perhaps, were its military significance fully understood, it would stand out in sharper relief. For though the Battle of Tourcoing was not the beginning of any great military series, nor the end of one; though no very striking immediate political consequence followed upon it, yet it was Tourcoing which made Fleurus possible, and it was Fleurus that opened the victorious advancing march of the French which, looked at as a whole, proceeded triumphantly thenceforward for nearly eighteen years and achieved the transformation of European society.

What, then, was the political circumstance under which this action was fought?

The French Revolution, by the novelty of its doctrines, by the fierceness and rapidity of its action, and by that military character in it which was instinctively divined upon the part of its opponents, challenged, shortly after its inception, the armed interference of those ancient traditional governments, external to and neighbouring upon French territory, which felt themselves threatened by the rapid advance of democracy.

With the steps that led from the first peril of conflict to its actual outbreak, we are not concerned. That outbreak took place in April 1792, almost exactly three years after the meeting of the first Revolutionary Parliament in Versailles.

The first stages of the war (which was conducted by Austria and Prussia upon the one side, against the French forces upon the other) were singularly slow. No general action was engaged in until the month of September, and even then the struggle between the rival armies took the form not so much of a pitched battle as of an inconclusive cannonade known to history as that of Valmy. This inconclusive cannonade took place in the heart of French territory during the march of the invaders upon Paris....