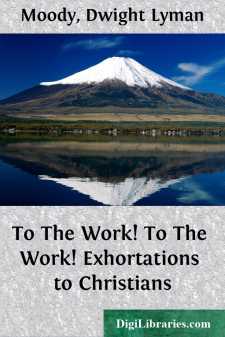 TAKE YE AWAY THE STONE.

In the gospel by John we read that at the tomb of Lazarus our Lord said to His disciples, “Take ye away the stone.” Before the act of raising Lazarus could be performed, the disciples had their part to do. Christ could have removed the stone with a word. It would have been very easy for Him to have commanded it to roll away, and it would have obeyed His voice, as the dead Lazarus did when He called him back to life. But the Lord would have His children learn this lesson: that they have something to do towards raising the spiritually dead. The disciples had not only to take away the stone, but after Christ had raised Lazarus they had to “loose and let him go.”

It is a question if any man on the face of the earth has ever been converted, without God using some human instrument, in some way. God could easily convert men without us; but that is not His way.

The stone I want to speak about to-day, that must be rolled away before any great work of God can be brought about, is the miserable stone of prejudice. Many people have a great prejudice against revivals; they hate the very word. I am sorry to say that this feeling is not confined to ungodly or careless people; there are not a few Christians who seem to cherish a strong dislike both to the word “Revival” and to the thing itself.

What does “Revival” mean? It simply means a recalling from obscurity—a finding some hidden treasure and bringing it back to the light. I think every one of us must acknowledge that we are living in a time of need. I doubt if there is a family in the world that has not some relative whom they would like to see brought into the fold of God, and who needs salvation.

If this is legitimate—and I do not say but it is perfectly right in its place—should not every child of God be praying for and desiring a revival of godliness in the world at the present time. Do we not need a revival of downright honesty, of truthfulness, of uprightness, and of temperance? Are there not many who have become alienated from the Church of God and from the house of the Lord, who are forming an attachment to the saloon? Are not our sons being drawn away by hundreds and thousands, so that while you often find the churches empty, the liquor shops are crowded every Sabbath afternoon and evening. I am sure the saloon-keepers are glad if they can have a revival in their business; they do not object to sell more whisky and beer. Then surely every true Christian ought to desire that men who are in danger of perishing eternally should be saved and rescued.

Some people seem to think that “Revivals” are a modern invention—that they have only been known within the last few years....