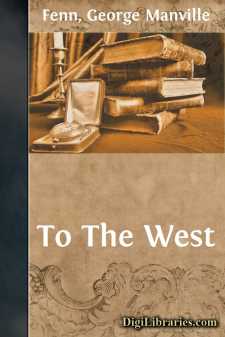 “Anywhere. Don’t ask me. The world’s big enough and round enough for you, isn’t it?”

“But without means, Mr Dempster?”

“Yes, sir, without means. Work, sir—work. The same as I have done. I pay my poor rate, and I can’t afford to help other people. Good morning.”

I heard every word uttered as I sat on my stool in the outer office, and I felt as if I could see my employer, short, stout, fierce-looking and grey, frowning at the thin, pale, middle-aged man whom I had ushered in—Mr John Dempster he told me his name was—and who had come to ask for the loan of a little money, as he was in sore distress.

Every word of his appeal hurt me, and I felt, when the words came through the open door, as if I should have liked to take my hat and go away. But I dared not, for I had been set to copy some letters, and I knew from old experience that if Mr Dempster—Mr Isaac Dempster that is—came out or called for me, and I was not there, I should have a repetition of many a painful scene.

I tried not to listen, but every word came, and I heard how unfortunate Mr John Dempster had been; that his wife had been seriously ill, and now needed nourishing food and wine; and as all that was said became mixed up with what I was writing, and the tears would come into my eyes and make them dim, I found myself making mistakes, and left off in despair.

I looked cautiously over the double desk, peeping between some books to see if Esau Dean, my fellow boy-clerk, was watching me; but as usual he was asleep with his head hanging down over his blotting-paper, and the sun shining through his pale-coloured knotty curls, which gave his head the appearance of a black man’s bleached to a whitey brown; and as I looked through the loop-hole between the books, my fellow-clerk’s head faded away, and I was looking back at my pleasant old school-days at Wiltboro’, from which place I was suddenly summoned home two years before to bid good-bye to my mother before we had to part for ever.

And then all the old home-life floated before me like a bright sunny picture, and the holidays at the rambling red-brick house with its great walled garden, where fruit was so abundant that it seemed of no value at all. There was my pony, and Don and Skurry, the dogs, and the river and my boat, and the fellows who used to come and spend weeks with me—school-fellows who always told me what a lucky chap I was; and perhaps it was as well, for I did not understand it then, not till the news came of my father’s death, and my second summons home. I did not seem to understand it then—that I was alone in the world, and that almost the last words my mother said to me would have to be thought out and put to the test. I had a dim recollection of her holding my hand, and telling me that whatever came I was to be a man, and patient, and never to give up; but it was not till months after that I fully realised that in place of going back to school I was to go at once out into the world and fight for myself, for I was quite alone....