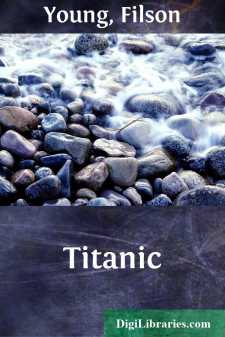 Add to My Favorites
Published: 8 years ago
Downloads: 37
Rating: (0 Votes)

If you enter Belfast Harbour early in the morning on the mail steamer from Fleetwood you will see far ahead of you a smudge of smoke. At first it is nothing but the apex of a great triangle formed by the heights on one side, the green wooded shores on the other, and the horizon astern. As you go on the triangle becomes narrower, the blue waters smoother, and the ship glides on in a triangle of her own—a triangle of white foam that is parallel to the green triangle of the shore. Behind you the Copeland Lighthouse keeps guard over the sunrise and the tumbling surges of the Channel, before you is the cloud of smoke that joins the narrowing shores like a gray canopy; and there is no sound but the rush of foam past the ship’s side.

You seem to be making straight for a gray mud flat; but as you approach you see a narrow lane of water opening in the mud and shingle. Two low banks, like the banks of a canal, thrust out their ends into the waters of the lough; and presently, her speed reduced to dead slow, the ship enters between these low mud banks, which are called the Twin Islands. So narrow is the lane that as she enters the water rises on the shingle banks and flows in waves on either side of her like two gray horses with white manes that canter slowly along, a solemn escort, until the channel between the islands is passed. Day and night, winter and summer, these two gray horses are always waiting; no ship ever surprises them asleep; no ship enters but they rise up and shake their manes and accompany her with their flowing, cantering motion along the confines of their territory. And when you have passed the gates that they guard you are in Belfast Harbour, in still and muddy water that smells of the land and not of the sea; for you seem already to be far from the things of the sea.

As you have entered the narrow channel a new sound, also far different from the liquid sounds of the sea, falls on your ear; at first a low sonorous murmuring like the sound of bees in a giant hive, that rises to a ringing continuous music—the multitudinous clamour of thousands of blows of metal on metal. And turning to look whence the sound arises you seem indeed to have left the last of the things of the sea behind you; for on your left, on the flattest of the mud flats, arises a veritable forest of iron; a leafless forest, of thousands upon thousands of bare rusty trunks and branches that tower higher than any forest trees in our land, and look like the ruins of some giant grove submerged by the sea in the brown autumn of its life, stripped of its leaves and laid bare again, the dead and rusty remnants of a forest. There is nothing with any broad or continuous surface—only thousands and thousands of iron branches with the gray sky and the smoke showing through them everywhere, giant cobwebs hanging between earth and the sky, intricate, meaningless networks of trunks and branches and sticks and twigs of iron.

But as you glide nearer still you see that the forest is not lifeless, nor its branches deserted. From the bottom to the topmost boughs it is crowded with a life that at first seems like that of mites in the interstices of some rotting fabric, and then like birds crowding the branches of the leafless forest, and finally appears as a multitude of pigmy men swarming and toiling amid the skeleton iron structures that are as vast as cathedrals and seem as frail as gossamer. It is from them that the clamour arises, the clamour that seemed so gentle and musical a mile away, and that now, as you come closer, grows strident and deafening. Of all the sounds produced by man’s labour in the world this sound of a great shipbuilding yard is the most painful. Only the harshest materials and the harshest actions are engaged in producing it: iron struck upon iron, or steel smitten upon steel, or steel upon iron, or iron upon steel—that and nothing else, day in, day out, year in and year out, a million times a minute....