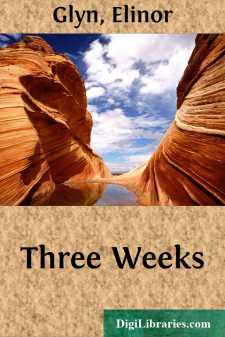 Now this is an episode in a young man's life, and has no real beginning or ending. And you who are old and have forgotten the passions of youth may condemn it. But there are others who are neither old nor young who, perhaps, will understand and find some interest in the study of a strange woman who made the illumination of a brief space.

Paul Verdayne was young and fresh and foolish when his episode began. He believed in himself—he believed in his mother, and in a number of other worthy things. Life was full of certainties for him. He was certain he liked hunting better than anything else in the world—for instance. He was certain he knew his own mind, and therefore perfectly certain his passion for Isabella Waring would last for ever! Ready to swear eternal devotion with that delightful inconsequence of youth in its unreason, thinking to control an emotion as Canute's flatterers would have had him do the waves.

And the Creator of waves—and emotions—no doubt smiled to Himself—if He is not tired by now of smiling at the follies of the moles called human beings, who for the most part inhabit His earth!

Paul was young, as I said, and fair and strong. He had been in the eleven at Eton and left Oxford with a record for all that should turn a beautiful Englishman into a perfect athlete. Books had not worried him much! The fit of a hunting-coat, the pace of a horse, were things of more importance, but he scraped through his "Smalls" and his "Mods," and was considered by his friends to be anything but a fool. As for his mother—the Lady Henrietta Verdayne—she thought him a god among men!

Paul went to London like others of his time, and attended the theatres, where perfectly virtuous young ladies display nightly their innocent charms in hilarious choruses, arrayed in the latest modes. He supped, too, with these houris—and felt himself a man of the world.

He had stayed about in country houses for perhaps a year, and had danced through the whole of a season with all the prettiest débutantes. And one or two of the young married women of forty had already marked him out for their prey.

By all this you can see just the kind of creature Paul was. There are hundreds of others like him, and perhaps they, too, have the latent qualities which he developed during his episode—only they remain as he was in the beginning—sound asleep.

That fall out hunting in March, and being laid up with a sprained ankle and a broken collar-bone, proved the commencement of the Isabella Waring affair.

She was the parson's daughter—and is still for the matter of that!—and often in those days between her games of golf and hockey, or a good run on her feet with the hounds, she came up to Verdayne Place to write Lady Henrietta's letters for her. Isabella was most amiable and delighted to make herself useful.

And if her hands were big and red, she wrote clearly and well. The Lady Henrietta, who herself was of the delicate Later Victorian Dresden China type, could not imagine a state of things which contained the fact that her god-like son might stoop to this daughter of the earthy earth...!